The 20th Hornbill Festival, which will be inaugurated later on Sunday afternoon, is all set and ready to host tourists and visitors from both India and abroad.

For the 10-day mega-festival, the Nagaland government has sanctioned Rs 5 crore. The festival will begin with pomp and gaiety at Naga Heritage Village, Kisama, in Kohima.

The Nagaland police have left no stone unturned to make the festival safer for the tourists.

With Naga peace talks between the Centre and the Naga groups almost reaching the final stage, the Nagaland police are on their toes to stop any untoward incident.

The Nagaland Tourist Police (NTP) issued a number of security tips and guidelines for tourists- both domestic and foreign- travelling to the state for the festival.

The NTP urged the tourists to not visit isolated places without a proper guide.

The NTP urged the tourists to not hire taxis without number plates.

“Sit behind the driver so that you can see him but he cannot see you from the rear glass,” the NTP said.

The police also asked the tourists to pay the driver only after reaching the destination.

“Pay while you are sitting in the car,” the NTP reiterated. 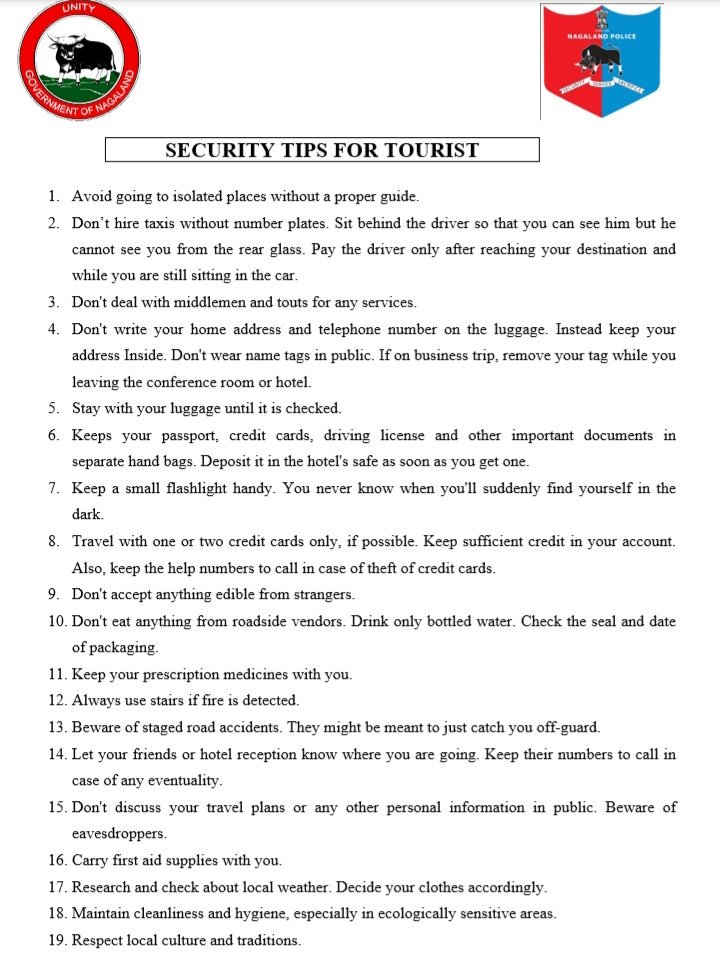 The NTP further asked the tourists to not deal with middlemen and touts for any service.

“Keep passport, credit cards, driving license and other valuable documents in separate handbags and deposit it in the hotel’s safe,” NTP said.

“However, they need to register with the Foreigner’s Registration Officer (FRO) of the districts they visit or the nearest police station within 24 hours of arrival,” the tweet added. 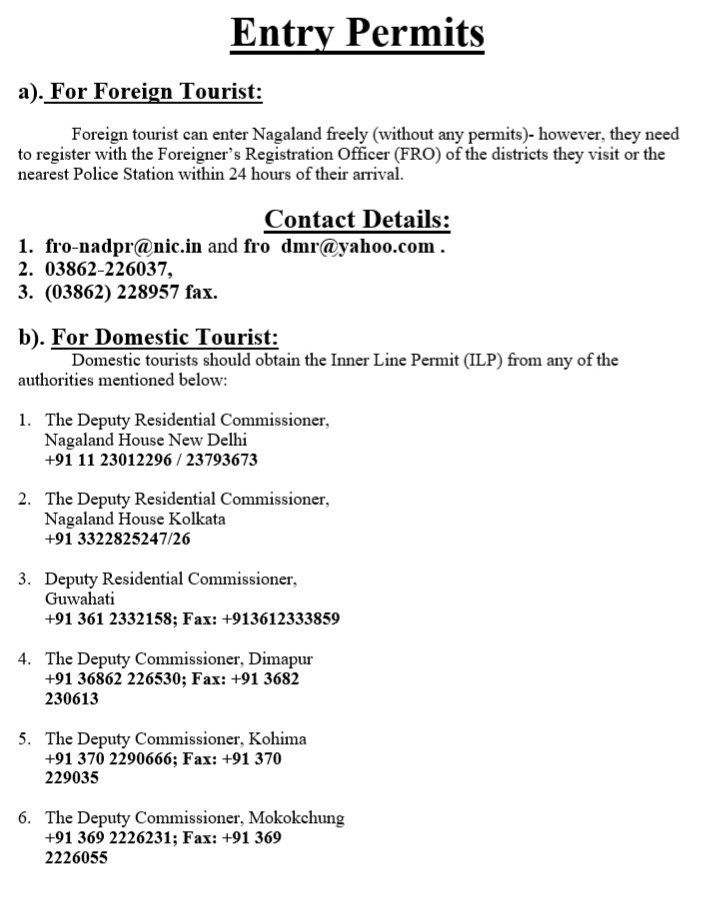 The ILP can be obtained from the Deputy Residential Commissioner (DRC), Nagaland House posted in New Delhi, Kolkata, and Guwahati.

Safety tips for the tourists were again tweeted by Nagaland police on Sunday.