Her contributions will always be remembered, Rio said.

In his condolence message, CM Rio described Tsurho as a dedicated member of NDPP, who was instrumental in founding the party.

He said she made significant contributions towards the uplift of women, their empowerment and gender equality.

Her contributions towards others will always be remembered, he said. 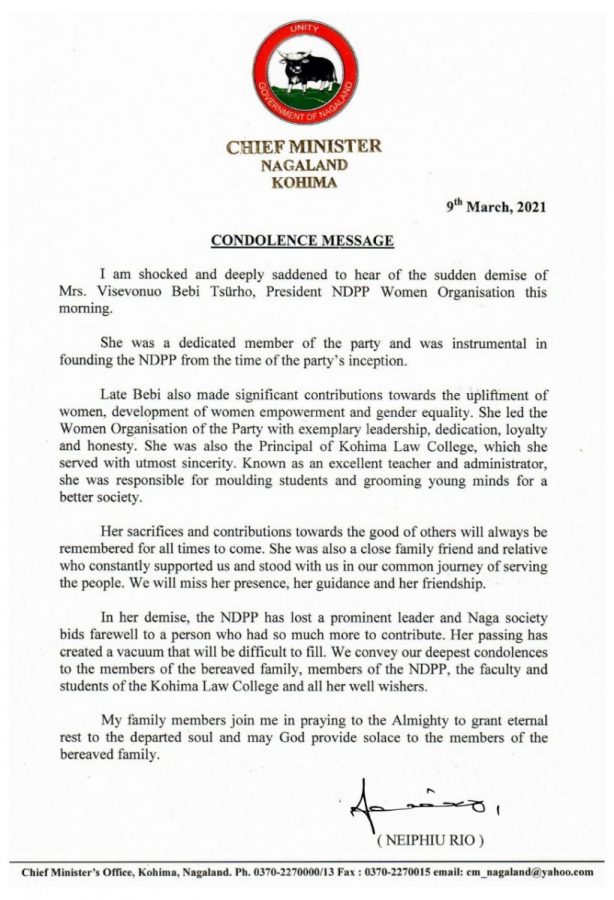 Expressing pain at Tsurho’s demise, Patton said she was an active NDPP party worker, an educator and a feminist who made significant contributions in all the paths she walked.

Her demise is a great loss to the family and the Nagas, Patton said.

NDPP president Konyak said Tsurho was a dedicated party member who was instrumental in founding the NDPP and contributed immensely towards women empowerment and gender equality.

“Today, the NDPP in general and the women organisation in particular have lost a mother and a mentor who dedicated herself in the growth and progress of the party in all fronts,” Konyak said.