The NSCN cadres were arrested from two different locations. 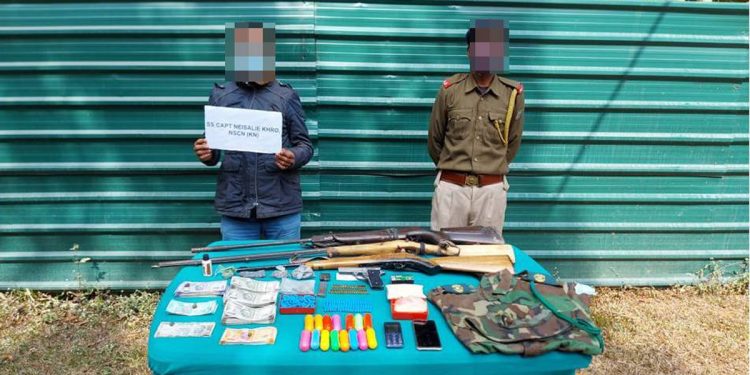 The Assam Rifles, in a joint operation with police, apprehended an NSCN-IM and an NSCN-KN cadre with arms and ammunition and banned drugs from two different locations in Dimapur, Nagaland on Friday.

Based on specific input, the security forces launched an operation in Purana Bazar area in Dimapur and apprehended an NSCN-IM cadre.

He was handed over to the Dimapur East Police Station along with the recovered items.

In another incident, troopers of Assam Rifles and police, based on special input, jointly launched an operation and apprehended an NSCN-KN cadre from Model village, Tisephema.

The apprehended cadre, along with the recovered items, was handed over to Medzephema Police Station.