GoI has officially recognised integration of all Naga areas: NSCN(IM)

Integration of the divided Naga ancestral domains is the inherent right of the Nagas: NSCN(IM) 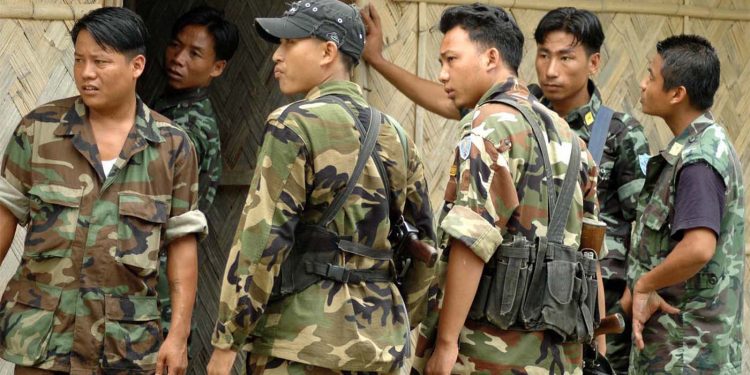 The NSCN (IM) on Thursday said the government of India (GoI) has officially recognised the legitimate right of the Nagas to the integration of all Naga areas.

“By integration, it means geo-political integration based on the sovereign right of the Nagas, not that of the Indian or Burmese constitution,” the ministry of information and publicity of the outfit said in a release.

The outfit said the integration of the divided Naga ancestral domains is the inherent right of the Nagas.

It issued the release in response to the recent statement of convenor of the working committee of Naga National Political Groups (NPPGs) N. Kitovi Zhimomi titled “A word of caution”.

The NSCN (IM) quoted Zhimomi as saying, “Working Committee of the Naga National Political Groups (NNPGs) strongly opposes any move to change the political map of Nagaland. Any solution that will abrogate Article 371 A (of the Indian Constitution) is not acceptable to NNPGs.”

The NSCN (IM) said the Naga people have rejected outright the invitation of the Constituent Assembly of India to join the Union of India and its Constitution from day one.

“But, against this historic Naga national decision, the 16-Point Agreement was signed between the government of India and a few ‘Naga traitors’ in the stolen name of the Naga people on the basis of the Article 371 A of the Indian Constitution,” it said.

“The so-called Nagaland state is but the child of Indian constitution,” it said.

The outfit wondered why a tall leader like Zhimomi is advocating for the cause of 16-Point Agreement even when the Indian leaders too have admitted the fact that the agreement does not solve the Indo-Naga political problem.

“This never augurs well for his standing with so many years of sacrifice for the Naga national cause,” the NSCN (IM) said.

“Who changes the map? Out of 50 tribes, Nagaland state embraces only 16 tribes. Who divides the Nagas?” it asked.

The NSCN (IM) also quoted Zhimomi as saying, “Integration through constitutional and administrative measure… The administrative system of the Naga tribes in other states shall be worked out as per the constitutional scheme without any interference or infringement on the Provisions of the Article 371 A.”

The NSCN (IM) said, “When we say ‘Nagas’, all Nagas are one. And that there is no white Nagas or black Nagas.”

It said the “Nagas were forcibly divided by the colonial power and placed them in different administrative units for political reason known to all”.