Nagaland Police to have special task force in 2 months: DGP 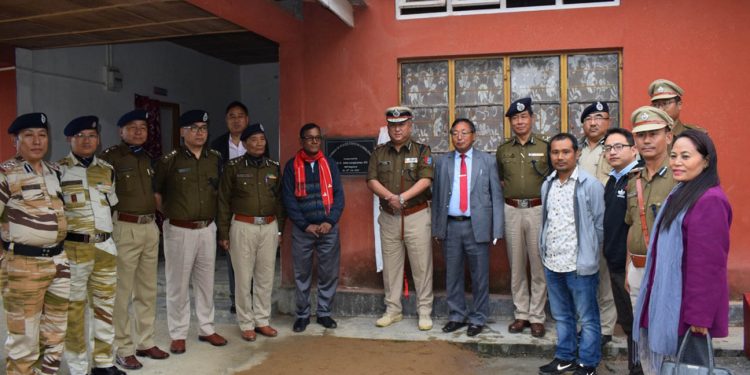 Nagaland director-general of police T. John Longkumer said a special task force of the Nagaland Armed Police (NAP) equipped with advanced weapons and equipment will be commissioned within two months to keep the reputation of the state armed police force alive.

The state police chief was addressing at the inaugural programme of Yonglok Police Station under Longleng district in eastern Nagaland on Monday.

Longkumer said the NAP forces are professional force and their reputation and excellent services are appreciated and acknowledge by others.

He also said sub-divisional police officers (Border) will also be deputed in border areas shortly to look into the affairs of border areas.

He informed that the strength of the police force in Longleng would be upgraded to SP level to strengthen the force.

Asserting that the primary duty of the police is to maintain law and order and provide peace and security to the people, the DGP appealed to the police personnel to realise that serving the police department should be considered as a “blessed duty” and asked them to serve with joy and enthusiasm to deliver justice to the citizens.

Longkumer also said the strength of the police force lies with the people and they must come forward and extend full cooperation and support to the police to maintain peace and tranquillity.

Lamenting that Nagaland lacks secure and proper road connectivity in the border areas, he said entry to these areas is best possible only via Assam with good roads.

“Security and development should go hand in hand and good road connectivity is essential not only for development alone but also equally vital for security purpose,” he said.

The police chief urged the various district administrations to have a proper planning for good roads in the border areas.

Emphasising on the importance of record keeping and documentation of any event, the DGP urged the police and the citizens to maintain proper records and documentations of events for reference. This is vital for court judgment in the future, he said.