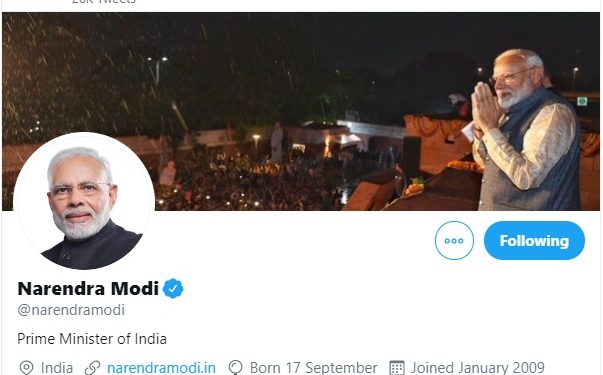 Prime Minister Narendra Modi on Sunday said he has given his social media handles to seven women achievers on the occasion of International Women’s Day.

In a statement on Twitter, Modi stated that the women will share their life journeys and interact with people through his social media accounts.

‘Greetings on International Women’s Day! We salute the spirit and accomplishments of our Nari Shakti. As I’d said a few days ago, I’m signing off. Through the day, seven women achievers will share their life journeys and perhaps interact with you through my social media accounts.’

‘You heard of food for thought. Now, it is time for action and a better future for our poor. Hello, I am @snehamohandoss. Inspired by my mother, who instilled the habit of feeding the homeless, I started this initiative called Foodbank India. #SheInspiresUs’

The second lady to tweet from PM’s Twitter handle was Malavika Iyer, a disability rights activist who lost both her arms in a bomb blast.

‘Acceptance is the greatest reward we can give to ourselves. We can’t control our lives but we surely can control our attitude towards life. At the end of the day, it is how we survive our challenges that matters most. Know more about me and my work @MalvikaIyer #SheInspiresUs’