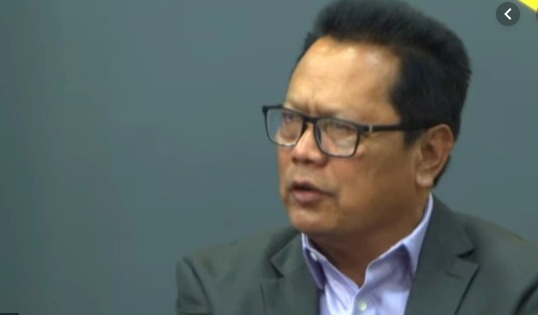 More than 400 Mizos, who are stranded in several parts of the country, are facing various crises due to the nationwide COVID-19 lockdown, sources said on Wednesday.

Mizoram’s lone Lok Sabha member C Lalrosanga said the State Government is collecting list of the stranded people and so far names of more than 400 people have been collected from more than 30 states and union territories.

He said the stranded people are students, private employees, patients and their attendants.

According to the MP, he received many distress calls from students and those who work in private companies, beauty parlour and spa.

He also said the stranded Mizos could not step out of their apartment to buy essential commodities for fear of racist attack.

“In some places, the Mizo people are taunted and called coronavirus,” he said.

He said many of private employees have not been paid for more than a month by their employers and began facing financial constraint and food shortage.

“There are reports that the stranded people, who rent houses, were asked house rent by their landlords despite the Central Government order to remit rent for a month and many workers have not been paid despite the legal obligation to pay wages to workers during lockdown,” he said.

He said many stranded people, including students, began to face food shortage as they could not return and receive financial help from their families due to the ongoing nation-wide lockdown, which commenced from March 25 last.

According to the MP, he personally monitored the stranded people and the government is making effort to provide accommodation at Mizoram Houses.

Earlier, the State Government has asked people from Mizoram, stranded at various places in the country, to stay where they are.

The Government had also said it would take effort to provide accommodation to them at Mizoram Houses.

Lahmangaiha (named changed), a theologian student in Bangalore said their landlord kept on asking for rent despite a request to wait for some time as they have spent all their money and that their families could not send financial help due to the ongoing lockdown.

He said they faced accommodation problem as authority of Mizoram House in Bangalore told them that there were no more rooms.

The student asked the State Government to take measure to ensure that the stranded students are taken back to their villages in Mizoram.

Lalhmangaiha, who lives with his seven friends said they could not move out of their room as people taunted them and called them coronavirus.

Lalfakzuali, a student who studies hotel management course in Lucknow, also said they did not have the courage to go to even grocery shops as people stare at them with a disdain look.

Another student, who is studying a bachelor degree also said they were left with no money as their relatives, who reside in remote areas in Mizoram, could not sent money due to the lockdown.

Meanwhile, Mizoram home minister Lalchamliana said the government has not evolved any plan to take back the stranded Mizos due to the ongoing lockdown.

“We are closely monitoring them. But we are unable to do anything because all flights and trains are suspended now due to the 21-days nationwide lockdown,” he said.

Congress president and former Mizoram chief minister Lal Thanhawla on Wednesday wrote to chief minister Zoramthanga asking him to extend assistance to Mizos of Mizoram and Chin communities of Myanmar, who are stranded in different part of the country.