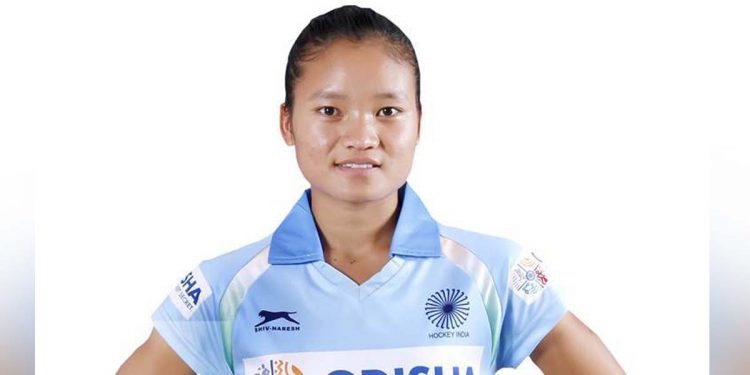 The Mizoram government would reward young Indian hockey player Lalremsiami with Rs 25 lakh for making it to the Tokyo Olympics, to become the first female Olympian from the state, which predominantly inhabited by the Mizo tribals.

The 21-year-old star from Mizoram’s Kolasib town near the Assam border is among one of the eight debutants selected for the 16-member Indian women’s hockey team Olympic squad.

Mizoram sports minister Robert Romawia Royte on Wednesday announced that the state government would give a reward of Rs. 25 lakh to Lalremsiami as a token of appreciation for booking a berth for the Olympics.

The historic announcement coincided with the International Olympic Day.

The first instalment of the reward amounting to Rs.10 lakh will be handed over to Lalremsiami’s mother Lalzarmawii by Mizoram chief minister Zoramthanga during a function to be held at the chief minister’s conference hall in Aizawl on Thursday, Royte said.

The remaining Rs.15 lakh will be handed over personally to the player after the Olympic Games, he said.

The sports minister said the state government will also provide other facilities to the Olympian if she wins a medal in the upcoming Tokyo Olympics 2020 in line with the welfares provided to her teammates by respective states.

Lalremsiami, who is now camping in Bengaluru , thanked the Mizoram government for the honour.

She also expressed gratitude to Hockey Mizoram and people of the state for their support.

The Indian striker is gearing up to make her debut in the upcoming Tokyo Olympics scheduled to begin from July 23 to August 8. She will be playing as forward.

The selection in the Indian women hockey team also enabled her to achieve another rare milestone as she managed to give her state an Olympian after 25 years.

The last Olympian from Mizoram was archer C. Lalremsanga, who represented India at the 1992 Barcelona and 1996 Atlanta Olympics.

In her interview with a news agency earlier, Lalremsiami said her selection in the Olympic team is the greatest achievement of her career as it helped her to fulfil her late father’s dream.

Lalremsiami took to hockey at a very young age and joined a state run academy at Thenzawl, about 91 km from Aizawl in 2011 when she was 11.

She then moved to the National Hockey Academy in New Delhi in 2016.

She made her national debut at Junior Nehru hockey tournament in October 2011 and subsequently selected for India’s under-18 Asian Cup in December 2016.

In 2017, she got her first call to the senior team that won gold in the Asia Cup while she was having a trail in junior team in Bangalore.

She is the first sportsperson from Mizoram to win a medal at the Asian Games when India won silver in 2018.

The high spirited girl won hearts when she chose to stay back with her teammates and played the FIH Women’s Series in Japan despite the death of her father Lalthansanga Zote in June 2019.

The Indian team clinched the series after defeating Japan to qualify for Olympics.

Lalremsiami was accorded a hero welcome when she arrived in her state on June 25 that year.

In 2020, she was named International Hockey Federation (FIH) Women’s Rising Star of the Year to become the first female hockey player from India to win the prestigious award.

She was also named sports ambassador of Mizoram University in July 2019.