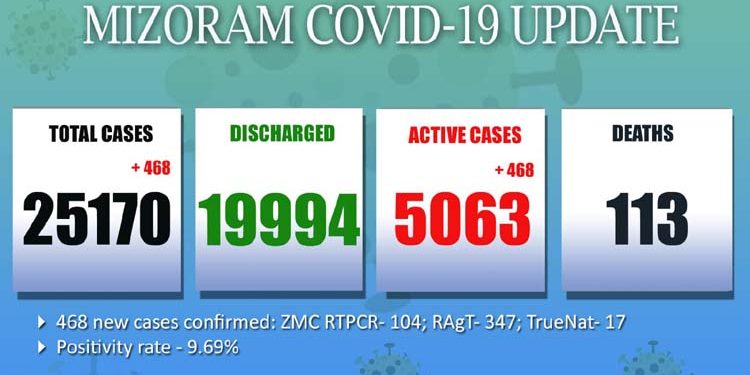 According to the Covid19 bulletin, released by the department of information and public relations (DIPR), Mizoram, with detection of the new cases, the state’s positive tally increased to 25,170 on Wednesday morning.

In the last 24 hours, 157 patients, who were earlier infected by Covid19, have recovered from the disease.

So far, a total of 19,994 people have recovered from the deadly disease.

A total of 113 people have lost their lives due to Covid19 infection in Mizoram so far.

On Tuesday, one patient died of Covid19 infection in Mizoram.

A total of 157 people recovered in Mizoram on Tuesday. 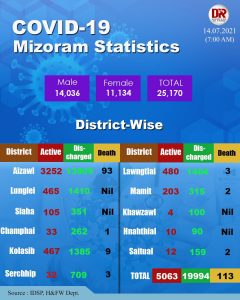 A total of 3,00,63,720 people have so far recovered from the disease across the country so far.

The active cases constitute 1.40% of total cases registered in India.

The weekly positivity rate remains below 5%, currently at 2.28%, the Union health ministry said in a statement.