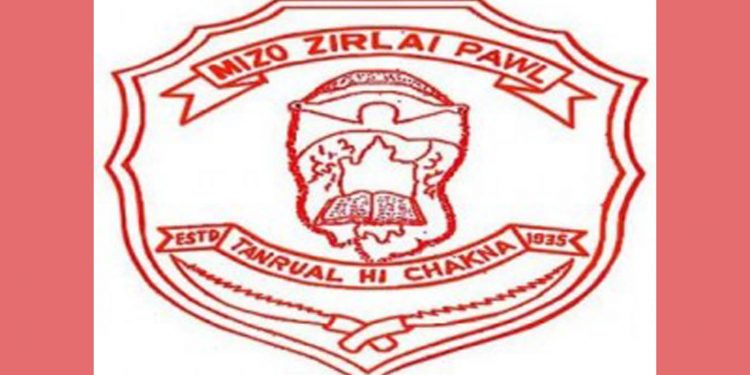 Addressing a function at its headquarters in Aizawl, the newly-elected MZP president, B. Vanlaltana said, “The students’ body would continue to make a massive effort to protect the state and its boundaries.”

He asked the state government to immediately resolve the border dispute with Assam or face stern protests in the future.

“Massive efforts should be made to resolve the long pending border dispute. I strongly appeal to the present state government to find an amicable solution to the dispute with Assam,” said Vanlaltana.

Vanlaltana also informed, “The students’ body will take all measures to ensure that the Inner Line Permit (ILP) is enforced in much stricter manner henceforth.”

On November 6 last, the MZP held its general election where Vanlaltana was unanimously elected as president and replaced L. Ramdinliana Renthlei.

Peter Chhangte was elected as the vice-president while Lalnunmawia Paute was re-elected as its general secretary.

While Andrew F. Lalramnghaka got the treasurer’s post uncontested, Chinkhangmanga was unanimously elected as finance secretary of the association with all the leaders taking charge of office from Tuesday.

Meanwhile, officials of the state home department told Northeast Now that efforts are on to resolve the border dispute between Mizoram and Assam at the earliest.

Officials said the state government has asked the Assam side to stop the ongoing construction of mosque near Bairabi along the Mizoram-Assam border in order to maintain status quo.

The border dispute between Mizoram and Assam is a long pending issue which has remained unresolved till date.

Mizoram claimed that a 509 square miles stretch of the inner line reserved forest notified in 1875 under the Bengal Eastern Frontier Regulation of 1873 belonged to Mizoram while Assam side agreed with the constitutional map and boundary drawn by the Survey of India in 1993.

Thereafter, a joint committee was formed by the Mizoram and Assam governments under the union home ministry to inspect and find out illegal structures on the border area.

The committee carried out inspection in the inner line reserved forest area, which was suspended following a dispute at zero point in Dholchera-Phaisen area in April last year.

The core committee constituted by the Mizoram government and NGOs recently decided that no encroachment should be allowed on the border area.