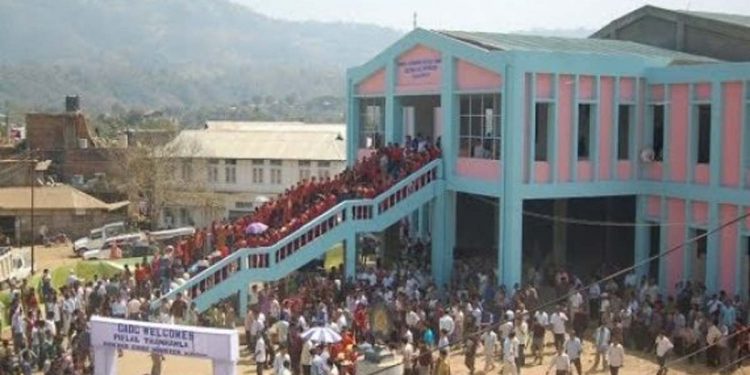 The release function, held at the council secretariat, was attended by CADC chairman H. Amaresh Chakma, other MDCs, heads of different departments and NGO leaders.

The book has been published by the District Council Secretariat, CADC at a cost of Rs.4 lakh.

A total of 1,000 copies have been printed which will be available as per demand for a price of Rs.300.

This is the third book of the department, which has been published in the last four years as reported by the council secretary Digambar Chakma.

Speaking on the occasion, Rasik Mohan Chakma said their first and foremost duty as a representative of the people is to make rules for better governance.

“In introspection, it seems we have partially failed to perform this foremost duty of a legislator as just 25 rules have been legislated in a span of 48 years of the council’s existence,” he said.

He recalled how CADC had governed its people with a mere 4-5 rules till 1999.

While pointing to the lack of understanding about the significance of legislating rules, he said CADC waited till 2002 to frame its own Constitution and Conduct of Business Rules.

Till 2002 after 28 years of its existence, the CADC managed with the Mizoram Autonomous District Council (Constitution and Conduct of Business) Rules 1974 made by the Governor for the three ADCs.

He said during his previous terms as CEM, 16-17 rules were legislated.

Chakma said in the current term, the council has passed as many as 8 rules so far which are waiting for the assent of the Governor.

He further said, “The duty does not get over with mere legislation of rules. Implementation of the rules has to be ensured by the Executive, of which the ministerial staff including all the officers assembled here are a part.”

He urged the staff to refer to the rules as often as possible while discharging their duties so that the decision-makers are better informed before taking any decision.