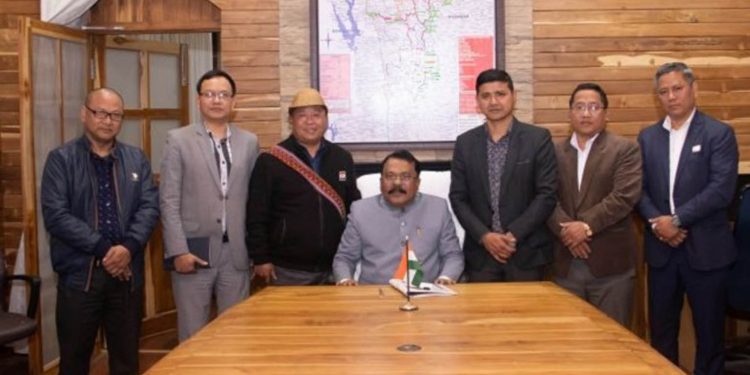 The Central Committee of Young Mizo Association (CCYMA) on Thursday sought Governor PS Sreedharan Pillai‘s assistance to fight against HIV/AIDS and the growing drug abuse in the state.

CCYMA is the largest civil organization in Mizoram.

CCYMA leaders led by president Vanlalruata met Pillai sought the Governor’s help to strengthen cooperation between the government and NGOs in order to fight against drugs abuse and HIV/AIDS on a war footing.

The CCYMA leaders apprised the governor that the free movement along the Indo-Myanmar border has led to an increase in the supply of drugs from Myanmar.

“This, in turn, has greatly affected the Mizo youths and impacted the Mizo society as well,” the leaders said.

The leaders also asked the Governor to initiate steps for stopping HIV/AIDS from spreading rapidly.

The leaders further said around 2.04 per cent of Mizoram’s total population is HIV infected.

The state has the dubious distinction of being the highest AIDS prevalent state in the country, followed by Manipur and Nagaland.

It has been estimated that 9 people are diagnosed with HIV positive every day in the state.

During an interaction, the CYMA leaders also raised the issue of illegal Bangladeshi migrants, who are camping within the Chakma Autonomous District Council (CADC) area in south Mizoram’s Lawngtlai district.

The leaders also urged the Governor to take steps for including Mizo language in the 8th schedule.

Assuring all possible help, Pillai asked the CYMA leader to submit their concerns and demands in letter and promised that he would put up the matter before the state government and the Centre.