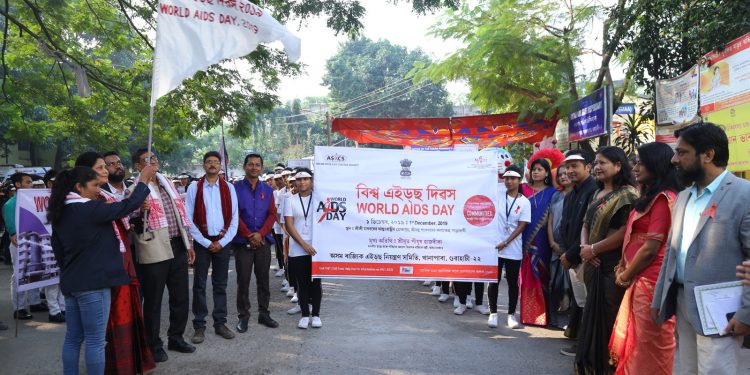 A rally taken out in Guwahati on the occasion of World AIDS Day.

Assam’s minister of state for health & family welfare Pijush Hazarika on Sunday urged all to become a part of the revolution against HIV/AIDS.

Minister Hazarika made the appeal while addressing a gathering at a function organized by the Assam State AIDS Control Society (ASACS) in Guwahati to mark the World AIDS Day.

Speaking as the chief guest, minister Hazarika said, “If our body and mind is healthy no virus can attack us.”

He further said HIV goes hand in hand with stigma and discrimination and “therefore we should all become a part of the revolution against HIV/AIDS”.

He also expressed his gratitude to all government and non-government organizations for their active participation in the HIV/AIDS awareness.

The day-long prgamme began with the flagging off of a rally with participation of students and stake holders at the office premises of ASACS. 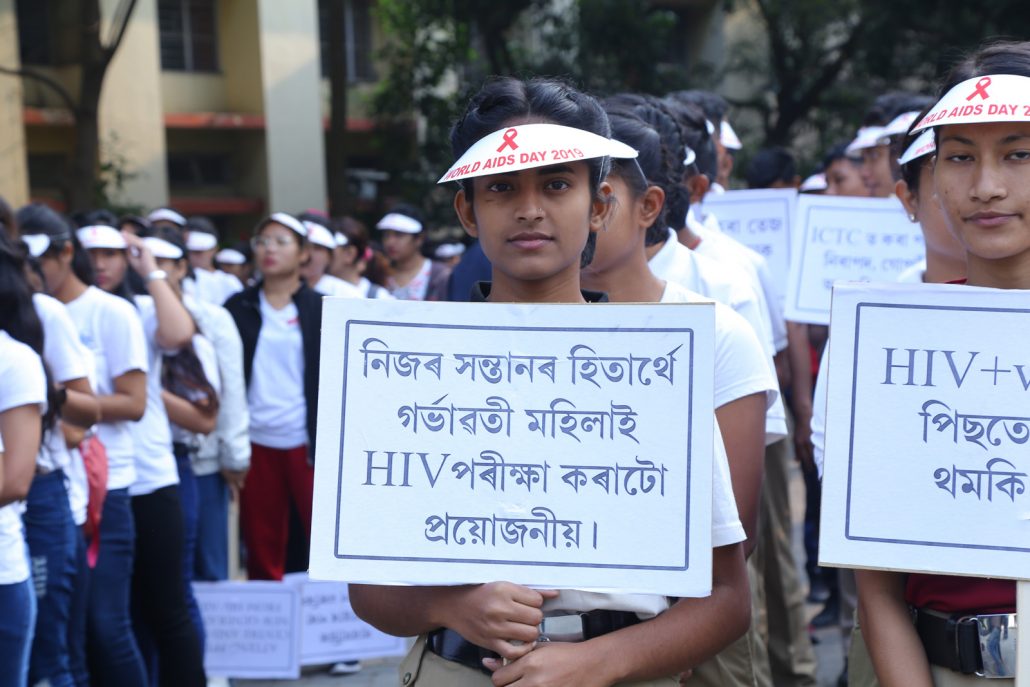 The rally culminated at Shri Shri Madhabdev International Auditorium in Kalakshetra which was followed by a public meeting.

“This year World AIDS Day highlights the difference these communities are making to end the HIV epidemic while drawing global attention to the need for their broader engagement in strengthening primary health care,” he added.

He stated that an initiative has been taken to link the HIV infected jail inmates of Central Jail, Guwahati with the Anti-Retro Viral Therapy Centre (ARTC), GMCH.

He also informed that ex-gratia of Rs 1 lakh has been paid to 431 widows of people living with HIV till date.

Goel further talked about death benefit of Rs 5 lakh provided to each family of the 5 deceased ASACS employees.

She said, “There are various taboos in the society which do not allow a person to come out and talk about HIV and high risk behaviours including unprotected sex.”

“We must get rid of all the taboos that the society directly or indirectly imposes on us,” she added.

Awards were also given to the best centres under ASACS and also to the best donor organizations. A blood donation camp was also organized at the venue.