Mizoram: Centre yet to respond on Myanmar refugees

Over 1,400 crossed over to Mizoram after military coup 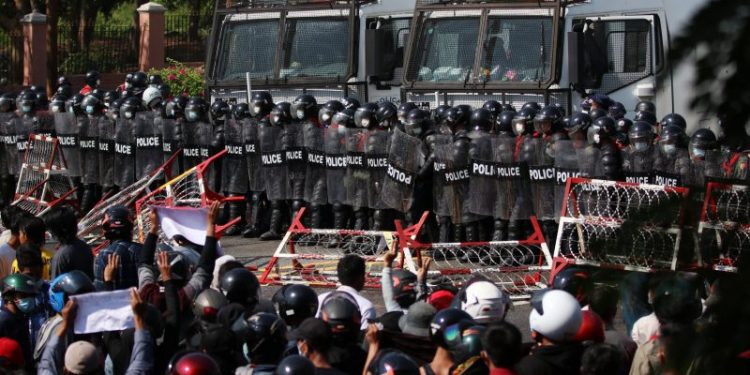 A senior official on Monday said that the state government has not received any response from the Centre to the letter sent by chief minister Zoramthanga to Prime Minister Narendra Modi on March 18.

“As far as Myanmar refugees are concerned, there is no new development. The Centre is yet to give response to the chief minister’s letter,” the official, who refused to be named, said.

He said that the refugees are being provided assistance on humanitarian grounds.

Earlier on April 2, Amit Shah had told a national news channel that the Indian government is ready to help the people of Myanmar by setting up camps if they need ration and medical supplies but would not encourage illegal infiltration into the country.

He had said that there is a limit to what India can do “because there is a boundary” between the two countries.

Shah had also said that India has spoken to the Myanmar government and asked it to look after its citizens.

“We have also said we are ready to help in case there is a need for food and medicines,” he had said.

On March 18, Zoramthanga had shot a letter to Prime Minister Modi informing him that Mizoram can’t remain indifferent to the sufferings of the Myanmar nationals, especially the Chin community, who took refuge in the state, as they also belong to the Mizo tribes, who share the same ancestry and ethnic ties with the Mizos of Mizoram.

In his letter, the chief minister also said that the Ministry of Home Affairs (MHA) order, which directed four Northeastern states, including Mizoram, to identify Myanmar nationals and deport them was “not acceptable” to Mizoram.

He also urged the Centre to provide food and shelter to the Myanmar nationals, who have taken refuge in India after the military in the neighbouring country.

In his address to the people of Mizoram during Chapchar Kut celebration on March 5, Zoramthanga had said that the Myanmar nationals would be provided relief and his government had already allocated funds for the purpose.

Earlier, he had also told reporters that his government will ask the Centre to change its foreign policy towards Myanmar.

Meanwhile, a police official said that at least 1,402 people from Myanmar have already crossed over to Mizoram in the wake of Civil Disobedience Movement (CDM) triggered by last month military coup.

He said that majority of the refugees now live in Champhai district and most of them are housed by villagers.

More than 200 Myanmar nationals are currently taking refuge in Aizawl, of which 101 are now camping at a community housing complex while the rest live with their relatives, he added.