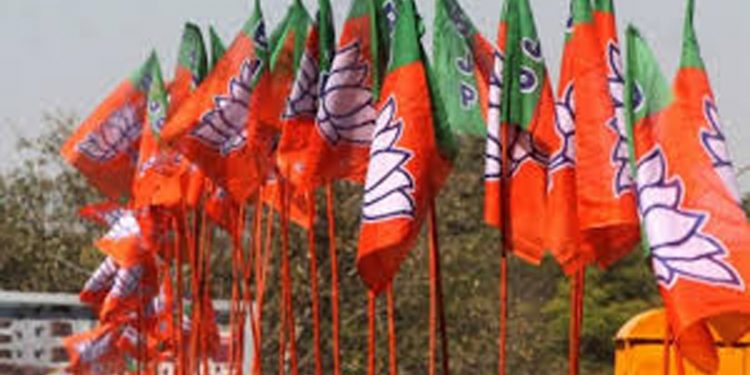 A statement issued by the BJP said the existing executive committee of the CADC had in October last year came with a notification wherein a Voluntary Retirement Scheme (VRS) was notified which stated that the Executive Committee may consider for appointments of an eligible family member of the retiree under the VRS.

The notification was challenged in the Gauhati High Court on May 29 as per which the court stayed the discriminatory selection process for appointment of the vacant post on June 3, the statement said.

The CADC BJP District Committee’s General Secretary (Org.) Prityrup Chakma alleged that the existing Executive Committee of CADC has filled up 116 numbers of vacant posts by way of making direct fresh appointment of the family members of the retirees who has vacated their post recently in various department of CADC taking advantage of the illegal VRS Scheme.

He alleged that the VRS is nothing but a deliberate attempt to appoint the kith and kin of the Executive Committee of CADC and termed it a duplicity with the Gauhati High Court stay order constituting to a blatant contempt of the Court’s stay order.

He said that the move was a dishonour to the office of the governor.

“The appointments with back dated notifications and appointment letters is an eyewash to evade the Court Stay order and the order issued by the Government of Mizoram dated the 28th May 2020 which put on hold all compassionate appointments and direct recruitments in an effort to combat economic fallout of Covid-19,” He said.

Prityrup Chakma also accused Executive committee of turning the CADC into Jugle Raj System and misusing its power to transform the CADC into a corruption factory under the leadership of Rasik Mohan Chakma.