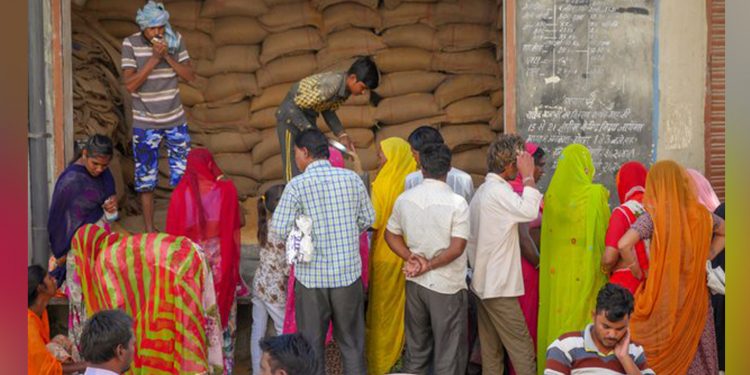 The Centre has allocated 10,023.22 metric ton of rice to Mizoram to be distributed to AAY and PHH beneficiaries free of cost during the lockdown.

In March, the Centre had announced a relief package of Rs 1,70,000 crore under the Pradhan Mantri Garib Kalyan Yojana as per which beneficiaries will be given 5 kg of rice and 1 kilo of dal (pulse) per person to tackle food crisis during the nationwide lockdown imposed to contain the spread of novel coronavirus.

According to state food, civil supplies and consumer affairs director Lalhriatzuali Ralte, there are 1,29,410 PHH cardholders and 25,995 AAY cardholders in the state to avail the benefit.

The government has lifted rice from FCI godowns for the month of April and May and distribution is underway across the state, she said.

Ralte also said that lifting of rice for June is under progress.

She said that the Centre also allocated 60 MT of pulse for Mizoram to be distributed to the poor during the lockdown.

According to the director, the state government has made requisition at Buichali near Aizawl for the accommodation of vehicles carrying rice bags where vehicles were sanitized with disinfectant.

She said that the state government had also distributed free rice to the people in March.

More than 4,300 migrant workers were given free ration and about 75,600 people, who did not have ration cards, were also given rice free of cost in March, she said.

Ralte further said that the state as of now has enough stock of rice to meet the urgent requirement.

She claimed that the supply department is working 24×7 to deal with any shortage during the ongoing lockdown.