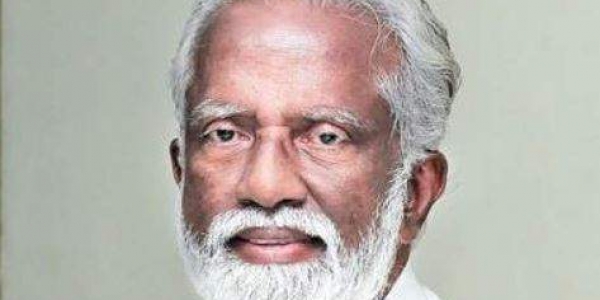 Kummanam Rajasekharan was on Tuesday took oath as the 18th Governor of Mizoram replacing Lt Gen (retired) Nirbhay Sharma amidst protests by some organisations in the Christian-majority state which branded him a radical Hindu.

Rajasekharan had earlier served the BJP’s Kerala unit as its chief and the Rashtriya Swayamsevak Sangh (RSS) as a pracharak.

Two organisations – Global Council of Indian Christians (GCIC) and People’s Representation for Identity and Status of Mizoram (PRISM) – feared Rajasekharan would not be able to act impartially in the gubernatorial post given his lineage to BJP-RSS, The New Indian Express reported.

Soon after his swearing-in, the PRISM hoisted black flags at its office in Mizoram capital Aizawl as a mark of protest.

“Ours is a Christian state and he is an RSS activist who is actively involved in various Hindu organisations. He is like a politician and we have Assembly election this year. We have no doubt that his appointment is an election tactic of the BJP…

“He is a threat for us as we will contest the election. If he is there, the BJP will surely use him in its favour. We have seen how the BJP used Governors across the Northeast post-election,” the newspaper quoted PRISM president Vanlalruata as saying.

PRISM was an influential anti-corruption organisation until turning into a political party.

The GCIC said the Christians were feeling disturbed as a “hardcore Hindutva fundamentalist” had been appointed as the Governor of a state where 87 per cent of the people were Christians. It alleged that the appointment of Rajasekharan, “who has a long questionable track record”, was aimed at creating disharmony in the state.

Assembly election in Mizoram is expected by the year-end. After capturing power in the rest of the Northeast, the BJP has now set its sights on Mizoram where the Congress has been in power for two terms.

The saffron party, which is trying to grow in the state, is buoyed by its success in the recently-held Chakma Autonomous District Council election.

The party bagged five of the 19 seats, one less than the Congress’s six. Opposition Mizo National Front (MNF) had won eight seats. Prior to this, the BJP had never won a seat in any election in the hill state.