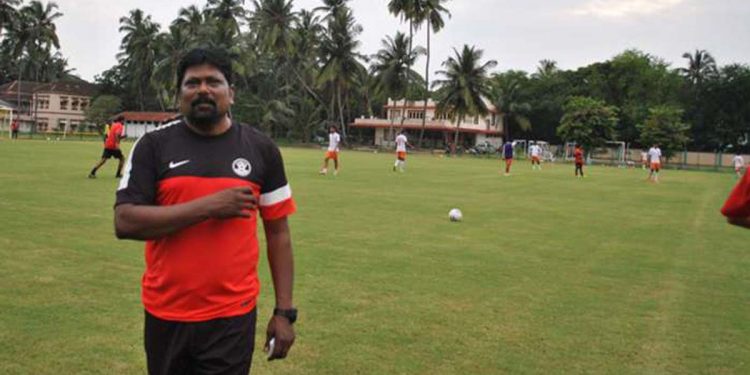 The news has been confirmed by the I-League side and former champions Aizawl FC.

The club and the coach decided to part ways as Rozario will not be able to join the club in the ongoing season due to his daughter’s wedding.

“Presently, Mr. Stanley is not able to join the Club in the ongoing season due to personal family commitments (Daughter’s wedding) for which his presence is required. Understanding his concern, the Club have agreed to mutually part ways with him,” Aizawl FC said in a statement. 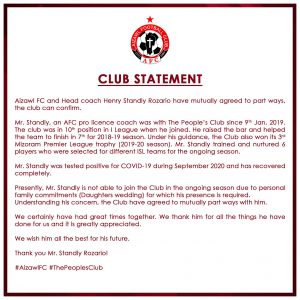 Rozario, an Asian Football Confederation (AFC) pro-licence coach was with The People’s Club since January 9, 2019.

The club was in the 10th position in I-League when Rozario joined the team as its head coach.

Rozario trained and nurtured 6 players, who were selected for different Indian Super League (ISL) teams for the ongoing season.

He tested positive for COVID19 in September 2020 and has recovered completely.

While thanking Rozario for his contributions to the team, the club stated: “We certainly have had great times together. We thank him for all the things he has done for us and it is greatly appreciated. We wish him all the best for his future. Thank you Mr. Stanley Rozario!”

The former India assistant coach from Karnataka was announced as the head coach of the Ozone Football Academy in November 2017.

He has vast experience of coaching top teams in Kolkata, Goa, Shillong, Sikkim, Kerala and Pune.