Assam Rifles seizes heroin worth over Rs 68 lakhs in Mizoram 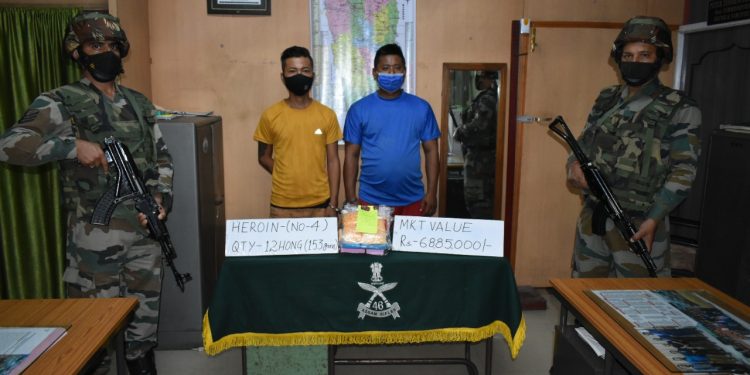 The Aizawl Battalion of 23 Sector Assam Rifles on Monday recovered 153 grams of heroin from Aizwal in Mizoram.

A joint team of Assam Rifles jawans and officials of the Mizoram excise and narcotics department conducted a raid at the World Bank Road area in Aizawl and seized the heroin.

Two individuals were also detained in connection to this.

Also read: Over 700 more people from Myanmar have entered Mizoram

The excise department seized the narcotics.

The tablets were estimated to be worth Rs 1 crore in the market.