Singh expressed concern over prolonged delay in completion of projects 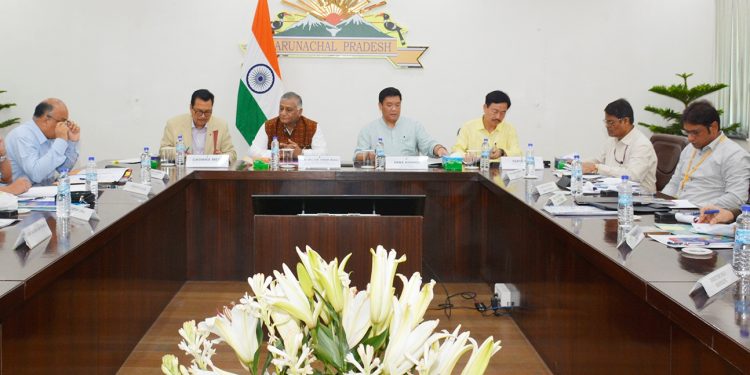 Union minister of state for road, transport & highways at the review meeting in Itanagar on Thursday.

Union minister of state for road, transport & highways (MoRTH) V K Singh on Thursday said that delay in completion of road projects in Arunachal Pradesh will not be tolerated.

The Union minister said such contractors will be dealt with seriously.

Singh, who reviewed the road projects in the state along with chief minister Pema Khandu and others, expressed concern over prolonged delay in completion of projects.

“I would like to make it clear that the Ministry will not tolerate such lackadaisical attitudes of the contractors, which amounts to betrayal to the country. We will ensure toughest of actions against such contractors,” Singh said.

He said government will encourage private sectors and entrepreneurs, especially local, to execute as much projects as possible but won’t be lenient when it comes to timely completion and quality of work.

Admitting the issue of land acquisition vis-a-vis land compensation a major hurdle not only in Arunachal Pradesh but across the country, he assured that the Ministry will accept all genuine cases.

He, however, pointed that many land compensation cases are ‘illegal’ and these must be nipped in the bud by the state administration.

While expressing concern over repeated landslides and sinking-zones disrupting road communication in the state, Gen Singh called for bringing in new technology to deal with these.

“Our ministry is open to new technologies. Our focus should not only be in building roads but also preventing landslides and mud-sinks that destruct the road every monsoon,” he said and urged the technical experts to come up with innovative ideas.

For smooth execution of road projects, Singh called for proper cooperation and coordination amongst all the central agencies and state agencies.

Chief minister Pema Khandu while expressing gratitude to Gen Singh for travelling by road from Guwahati to Itanagar, submitted a five-point memorandum concerning roads and highways in Arunachal Pradesh.