Violent incidents take place following the passage of the Citizenship Amendment Bill (CAB), 2019 by both the Houses of Parliament 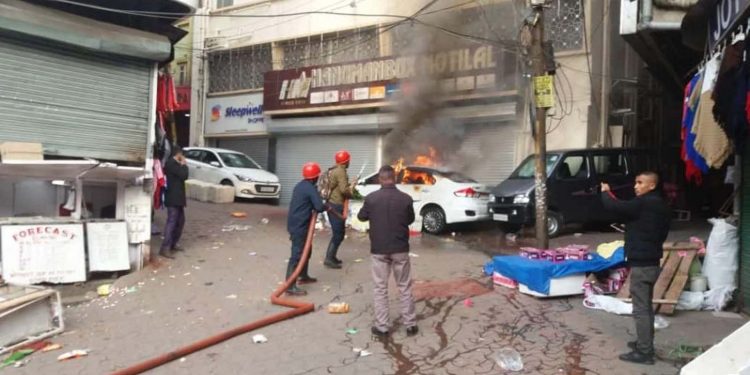 Police personnel are trying to douse fire in a car in Shillong on Thursday. Image credit – Northeast Now

Following incidents of violence reported from various parts of Shillong, curfew has been imposed in the capital city of Meghalaya on Thursday.

Trouble erupted suddenly in Shillong on Thursday and panic gripped the people as miscreants went on a rampage and set ablaze vehicles and vandalized few shops starting from Motphran area to Khyndai Lad area.

These incidents happened when the situation is fluid in view of the passage of the Citizenship Amendment Bill (CAB), 2019 by both the Houses of Parliament.

According to vendors, a group of miscreants started attacking shops all of a sudden and ran down to Umsohsun area and torched a vehicle parked in front of Hanumanbux Motilal merchant shop.

The incident started around 3 pm.

Miscreants hurled petrol bombs on the vehicle, ML05-N-6001 belonging to the owner of the Hanumanbux Motital shop. 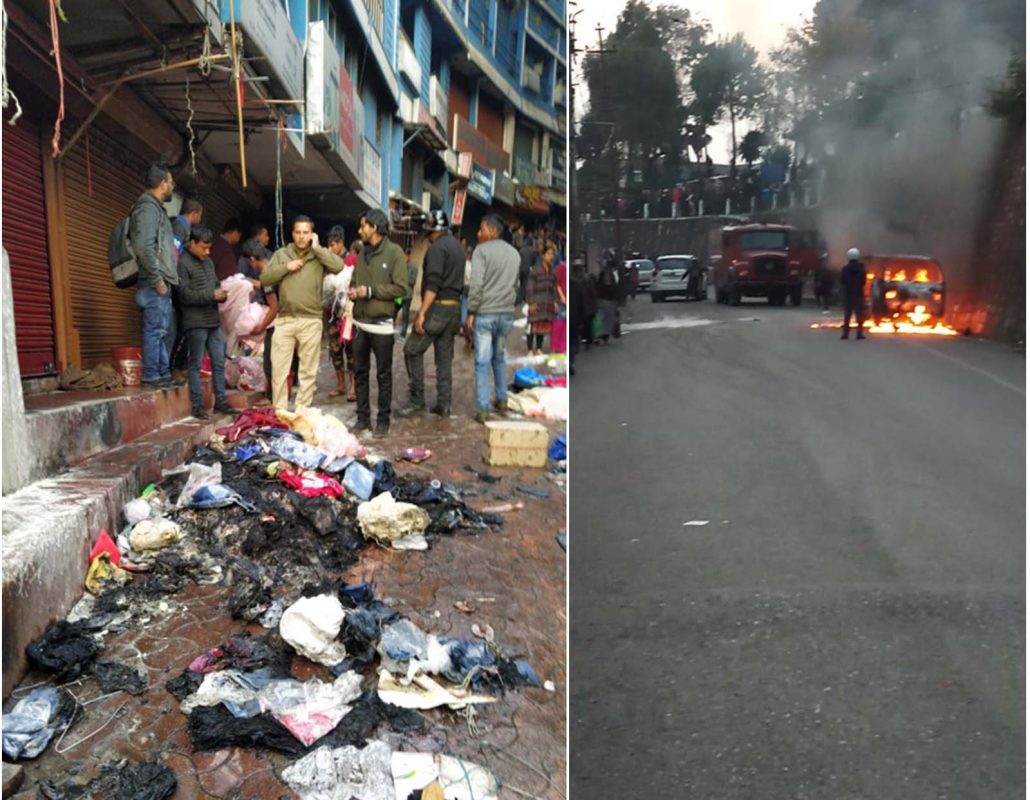 The fire was doused by a fire tender and it was damaged.

Miscreants also run up to Khyndai Lad and set ablaze clothes of a vendor opposite Dreamland cinema hall.

As the news of the incident spread, people, especially shopkeepers, downed their shutters in panic from Ïewduh to Khyndai Lad.

Market-goers also run aimlessly in panic for their life.

Immediately, security personnel rushed to take control of the area.

Police were deployed at Motphran area and Khyndai Lad area.

Later, a motorbike was burnt at Jaïaw Langsninag and a Maruti van near Presbyterian Church Jaïaw.

The CAB seeks to grant Indian citizenship to persons belonging to Hindu, Sikh, Buddhist, Jain, Parsi and Christian communities who have migrated to India after facing persecution on grounds of religion in Pakistan, Afghanistan, and Bangladesh if they fulfil conditions for grant of citizenship.