Over the years home minister James Sangma has been the most inaccessible minister: Shillong Press Club 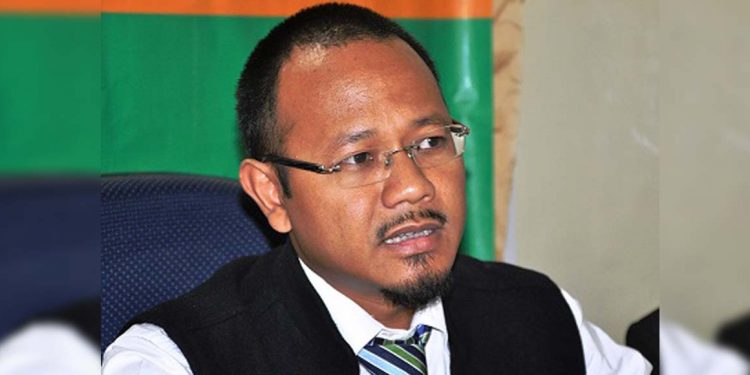 The press fraternity on Wednesday petitioned to Meghalaya chief minister Conrad Sangma against home minister James Sangma in connection with the incident where the minister confronted with a senior journalist.

Through the letter, the SPC narrated to the CM about the incident.

The letter said the journalists had first sought an appointment with the home minister on January 6 seeking to ask him questions on several issues pertaining to the portfolios he is looking after.

The letter told the chief minister that over the years the home minister had been the most inaccessible minister, even during the most challenging times that the state went through.

“His behaviour, to sum up in one word is downright arrogant, thereby tarnishing the entire image of your government which projects itself as a people-friendly and accessible government,” the letter said.

The press fraternity of Meghalaya in a meeting on Tuesday, held at the Shillong Press Club, had taken serious note of the incident and condemned the uncalled for the conduct of the home minister towards the members of the fourth estate.

The Shillong Press Club sought an unconditional apology from the home minister, with assurance from the chief minister that such unwanted behaviour will not repeat, failing which, the press fraternity will take recourse to other options.

Also read: Does James K Sangma have the courage to answer questions raised by Meghalaya journalists?

The press fraternity also said appointing an official spokesperson of the state government would help bridge the information gap especially in case of information required by the press people on various issues concerning the state and its people from time to time.