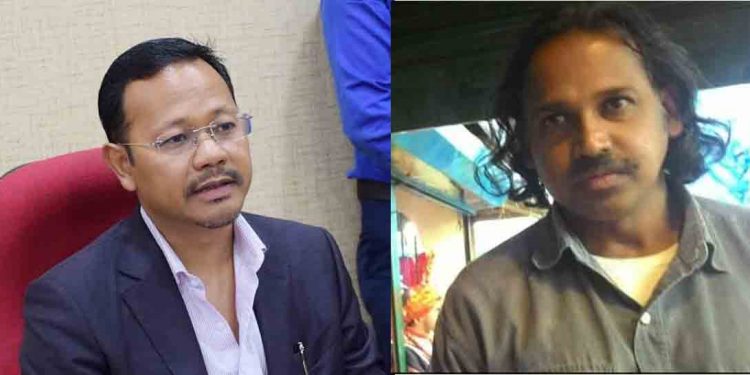 The Meghalaya Editors’ and Publishers’ Association (MEPA) has demanded a public apology from home minister James K. Sangma for his misbehaviour with a senior journalist.

The MEPA, the apex body of all media houses in Meghalaya, expressed its grave concern over the incident where senior journalist EM Jose was misbehaved and mistreated by home minister James K. Sangma.

The incident occurred on Monday at the Main Secretariat, Shillong.

The MEPA in its emergency executive committee meeting held on Tuesday discussed the incident in details.

MEPA felt that the behaviour of the home minister towards the senior journalist was unbecoming of his stature since the journalist concerned and his colleagues present had wanted to meet him for discussing various issues related to the state.

Since James K. Sangma is a minister in charge of various departments and that he is the official spokesperson of the MDA government, “it is the duty of the journalists to meet him to get the version of the government on various issues”, the MEPA stated.

“But the manner in which the said minister conducted himself” and even tried “to aggressively confront the senior journalist EM Jose is totally condemnable and unacceptable”, said a statement, issued by John W. Thabah, general secretary, MEPA.

The MEPA has “resolved to demand an immediate public apology from James K. Sangma for his misbehaviour towards the senior journalist and also to ensure that such incidents are not repeated in the future”.

Stating that media has the right to ask questions from those in power, the MEPA added: “if the right of the media is throttled, the future of democracy will be in peril”.