Does James K Sangma have the courage to answer questions raised by Meghalaya journalists? 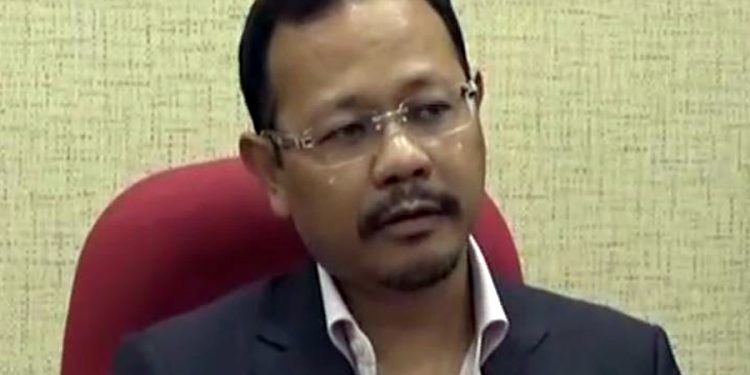 Does Meghalaya Home Minister James K. Sangma have the courage to answer the 24 questions raised by the journalists?

The Meghalaya Editors’ and Publishers’ Association (MEPA) on Tuesday demanded a public apology from home minister James K. Sangma for his misbehaviour with a group of journalists.

The journalists in Shillong are angry with James K. Sangma because without any rhyme or reason, on Monday, had confronted with a group of journalists, and had specifically targeted E M Jose, news editor of The Shillong Times.

It is definitely going to be extremely difficult for the Home Minister to answer the serious questions raised by the journalists especially because he has been accused to be involved in large-scale corruption.

The journalists asked James K Sangma to respond to the reports on his direct involvement in illegal collection in Dainadubi check gate along the Assam-Meghalaya border.

It is being reported that officials of the Meghalaya Transport Department and Department of Mineral Resources have been collecting illegal tax to the tune of Rs 20,000 to 25,000 from every coal truck at Dainadubi.

The journalists have raised another serious question to James K Sangma about alleged nexus between police and ministers, politicians and the coal mafias in illegal coal transportation on the highways in Meghalaya.

The agitated journalists also wanted to know as to when the Meghalaya government is going to meet Union Home Minister Amit Shah to bring the state under ILP regime.

The Meghalaya Legislative Assembly on December 19 had adopted a resolution to impose ILP in Meghalaya.

Common people of Meghalaya are angry with the NPP-led government because Tura MP Agatha K. Sangma had voted in favour of the Citizenship (Amendment) Bill in the Lok Sabha.

It has been reported that the NPP-led government had taken the decision on the ILP to evade the wrath of protesting NGOs for supporting the CAB.

Caught in a total catch 22 position, it is certain that James K. Sangma will not be in a position to come up with any answer on the proposed meeting on ILP with Amit Shah.

The journalists asked James K. Sangma to comment on the status of inquiry into the suspected murder of a KSU leader Teiborlang Marwein in South West Khasi Hills district.

Marwein was found dead on January 1 under mysterious circumstances with fractured hands and legs at Tynnai village in South West Khasi Hills district.

James K. Sangma, who is also the Power minister of Meghalaya has been caught on the wrong foot by the journalists for the uninterrupted load-shedding.

The journalists also wanted the James K. Sangma to answer how soon the Meghalaya government would clear the pending dues of more than Rs 620 crores to NEEPCO.