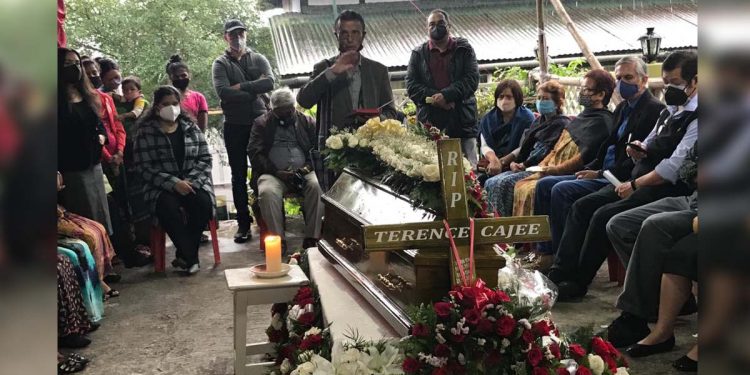 The mortal remains of Cajee were laid to rest at the Laitumkhrah Catholic Cemetery in Shillong on Thursday.

Cajee, reportedly, was the first Khasi to have cleared the UPSC examination in the general category.

He retired as the secretary of the Meghalaya Legislative Assembly after serving from 1981 to 1993.

Former Governor and Nagaland chief minister Jamir while condoling Cajee’s demise, said: “The passing away of Terence Cajee came as a deep shock to me. I knew him while he was in the IAS academy along with my late colleague Aonok, who was an IAS.”

“He was a brilliant soul among his peers. He had served the state with commitment and dedication. Younger generation should follow his footsteps in the service of the state and the country,” said Jamir.

“My wife joins me in conveying our condolences to the bereaved family. May his soul rest in peace,” Jamir said in his condolence message.