Meghalaya Statehood Day: Are the people happy with their “own state” created 48 years ago?

Lack of vision, sincerity and dedication has pushed the state and especially the people to the brink of total unhappiness 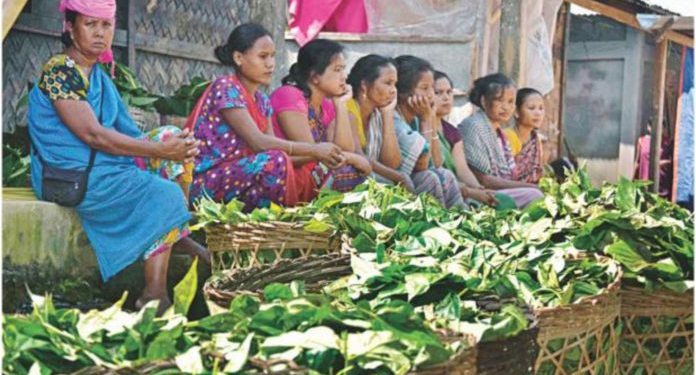 Meghalaya is celebrating Statehood Day on Tuesday — are the people “happy” with their “own state” created 48 years ago?

Picturesque Meghalaya attained statehood on January 21, 1972 with the vision to “protect the rights” of the indigenous tribal communities.

The leaders of All Party Hill Leaders Conference (APHLC) had also dreamt of bringing about “development” in the Khasi, Jaintia and Garo hills.

But, if we look back and evaluate — did people of Meghalaya achieve what the APHLC leaders had envisaged 48 years ago? Unfortunately, the answer is “no”.

Every people believe that Meghalaya is nowhere close to the “goalposts” the APHLC leaders had set.

Loud slogans on the streets demanding ILP is a clear indicator that the tribal population is still “politically insecure”, and even in a Sixth Schedule state.

Similarly, when the indigenous tribal people compare Meghalaya with any other state, they realise that successive governments miserably failed in terms development of the state.

The HDI is measured on three basic aspects of development – health, knowledge, and income, the cloud-shrouded sapphire has failed in every aspect.

As “survival” has been the biggest challenge for successive governments in the era of coalition politics, the issue of development always took the backseat.

Apparently, Meghalaya is ranked 26th in development index in India, and the state is ranked 28th in the Education Index.

Meghalaya’s poor performance in education is definitely because of total lack of vision of the politicians.

In fact, Shillong was always the “Educational Capital of Northeast”, but the government did not develop higher and technical education sectors in the state.

It would surprise everyone that the government could set up only three colleges in the last 48 years in Meghalaya.

As a result, thousands of students are forced to leave Meghalaya every year in search of higher education.

Students from Meghalaya played an important role in transforming Guwahati as the new “Educational Capital of Northeast”.

Despite New Delhi’s blessings in the form of North East Hill University (NEHU), IIM, IHM and the NIT, the students are forced to leave the state as seats are limited and competition is tough.

Like education, wrong planning on “Energy Security” has made Meghalaya a power-starved state and load-shedding schedules are getting longer day-by-day.

The state does not have enough resources to buy power, and paying salaries to the government employees, at times, becomes challenging.

The NEEPCO has also complained that Meghalaya did not pay Rs 620 crore for the power it used during the last one year.

And if the government acts on the recommendation of the Committee on Environment of Meghalaya Legislative Assembly, the Umïam hydro projects will stop generating power in next four years.

The committee found that the life of the polluted Umïam lake has been reduced by 41 years from 100 to 59 years due to pollution, and it would need decommissioning by 2024.

In the past, the CAG had criticised Meghalaya for the lack of prudent financial management and consequent non-payment of huge energy dues which resulted in power in the state.

In terms of connectivity, Meghalaya is again far behind the other states. It has only one 68 km-long 4-lane highway from Jorabat to Umïam.

In fact, Meghalaya has the shortest railway network (9.49 km) amongst the states in India. It has only one train running from Guwahati to Mendipathar.

Soon, it is going to be the only state in India without a railway ahead at the capital city.

Air-connectivity is also poor in Meghalaya. It has only one operational airport at Umroi. The second airport at Baljek is lying unutilised.

And because of the poor connectivity, people in large numbers, need to travel to Guwahati to catch a flight, or board a train.

Even in healthcare sector, the state could not do much during the last 48 years.

And without a single medical college, Meghalaya could not produce enough doctors, and especially, specialists and super-specialists.

Moreover, healthcare infrastructure in both rural and urban areas is poor, and the entire state does not have single super-speciality hospital.

Several PHCs in the rural areas have been handed over to NGOs.

And because of the poor healthcare conditions, every day, thousands of patients need to rush to Guwahati for treatment.

Taking into account the challenges of super-specialty healthcare in Meghalaya, New Delhi decided to establish NEIGRIHMS in Shillong.

In fact, NEIGRIHMS was designed as a postgraduate medical institute in lineage of the AIIMS, New Delhi.

Unfortunately, it could not meet the need of the patients as a super-speciality referral hospital in Shillong as brilliant doctors did not find NEIGRIHMS as a great place to work.

Sadly, more than 90 percent of commodities, including construction materials, cost more in Meghalaya, and people undertake day trips to Guwahati from Shillong and Tura, for shopping.

And every purchase they make in Guwahati, adds to the revenue collection of Assam, as most of the buyers don’t insist on IGST (for Meghalaya).

About 70 percent of the population in Meghalaya resides in rural areas, and most of whom are poor or just marginally non-BPL, and are without any steady financial security.

Still, agriculture sector could not be developed because the state failed to implement the good practices of modern-day farming.

As a result, government jobs continue to be the only career option for the young graduates.

And even after being blessed with huge natural resources, industrial development in Meghalaya has been extremely poor.

Investors shy away from Meghalaya because of total lack of infrastructure, and especially because of acute shortage of power.

Unscientific rat-hole coal mining, which was once a lucrative business for the tribal traders, also landed in crisis because of litigations, and especially strict orders by the National Green Tribunal.

Cement companies have set up infrastructure in East Jaintia hills district. But, poor tribal people of Meghalaya do not get to reap any direct benefit from the cement factories.

Local boys don’t qualify in large numbers for most of the jobs in the factories as they are not skilled enough to work in cement factories.

Moreover, the cement factories have been caught evading tax to the tune of Rs 450 crore for illegally procuring coal.

Unfortunately, successive governments in Meghalaya could not design an industrial plan which could generate employment, including some white-collared jobs to the locals, on a long-term basis.

There has been a slight growth in the tourism sector. But the growth is entirely based on the initiative by a select group of progressive entrepreneurs.

The state failed to codify a number of centuries-old customary laws, and Meghalaya still follows some of the acts passed during the undivided Assam days.

There is no doubt that blessed with huge reserve of minerals and medicinal plants, Meghalaya could have easily become one of the richest states in India.

Lack of vision, sincerity and dedication has pushed the state and especially the people to the brink of unhappiness.