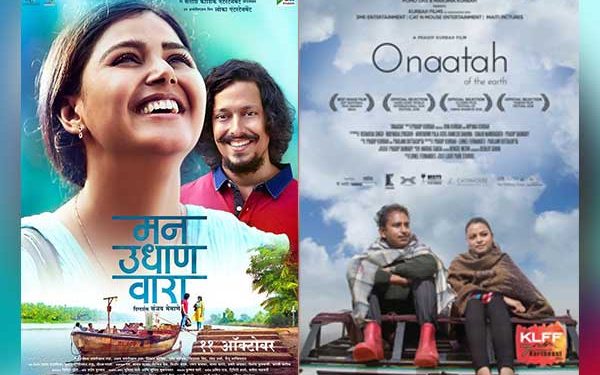 Khasi film-maker Pradip Kurbah has inspired eminent Bollywood actor-filmmaker Satish Kaushik to remake one of his films in Marathi.

Pradip Kurbah’s award-winning film Onaatah: Of the Earth has been reproduced by Satish Kaushik as Mann Udhan Vaara in Marathi.

Directed by Sanjay Memane, Mann Udhan Vaara is all set to be released on October 11 across Maharashtra.

Onaatah: Of the Earth had bagged the award for best Khasi language film at the 63rd National Film awards.

Initially, Satish Kaushik wanted to remake the film in Hindi. Subsequently he felt that the subject would be better accepted by the Marathi audience.

It is definitely a matter of pride for the tribal population of Meghalaya because Onaatah is the first Khasi film to be reproduced in another language.

In fact, Onaatah is the second film from northeast to be reproduced in other languages.

In 1975, Assamese film Chameli Memsaab was reproduced in Bengali and Hindi.

Satish Kaushik is quite excited with the Marathi film. The story is about a woman’s journey back to life after one a traumatic experience.

The screenplay of the Marathi version of the film has been written by the veteran, multi award-winning filmmaker duo Sumita Bhave and Sunil Sukthankar.

While Onaatah was shot with the picturesque Khasi hills as its backdrop, Satish Kaushik’s Mann Udhan Vaara was shot mostly in Kudal town, between Ratnagiri and Goa.

It is Kaushik’s first Marathi production with PEN India Limited and Lokaa Entertainment.

Depending on the success of the Marathi film, Kaushik may even make the film in Hindi as well.