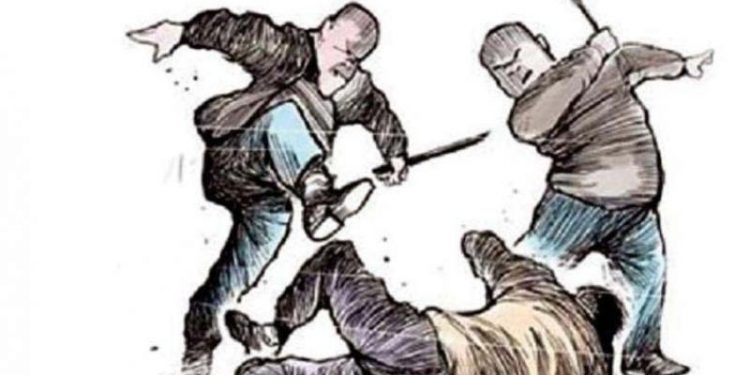 Three suspected extortionists were thrashed by a mob at Gopinath Killa village under the Mahendraganj police station in Meghalaya’s South West Garo Hills.

The three-member gang had come to the village allegedly to extort money from traders.

One of them claimed to be a member of A’chik Holistic and Awakening Movement (AHAM) headed by former GNLA chairman Champion Sangma.

The arrested extortionists have been identified as Silyver M Sangma, 18  of Chandapara, Sengba M Sangma, 18, and Sanjay A Marak, 20, of Adukachar village in West Garo Hills.

Police sources said the trio came to the village in a car and threatened the traders.

This angered the people and triggered an altercation, after which the mob gave them a sound thrashing.

To save their lives, the alleged extortionists fled towards the Purakhasia border village and were holed up in a PWD inspection bungalow.

Police later arrested them from the bungalow.