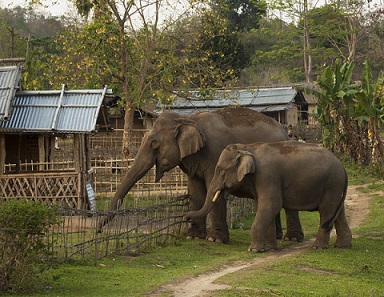 A herd of wild elephants has been wreaking havoc in Meghalaya’s North Garo Hills over the past few weeks.

On Monday morning, the jumbo destroyed two houses of which one belonging to Dipu Sangma at Wakso Asim under Bajengdoba police station and another one at Lower Mendal in North Garo Hills.

The area falls under an elephant corridor and elephant visits are quite frequent.

The elephants, according to locals, were still near Bajengdoba area and were spotted by locals near the Didram Bridge.

“The two elephants were huge and were really scary. We are still fearing for our lives as they have not moved past Bajengdoba,” said a resident.

Despite the desperate situation of the villagers, the administration could not be contacted regarding what steps were being taken to tackle the situation.