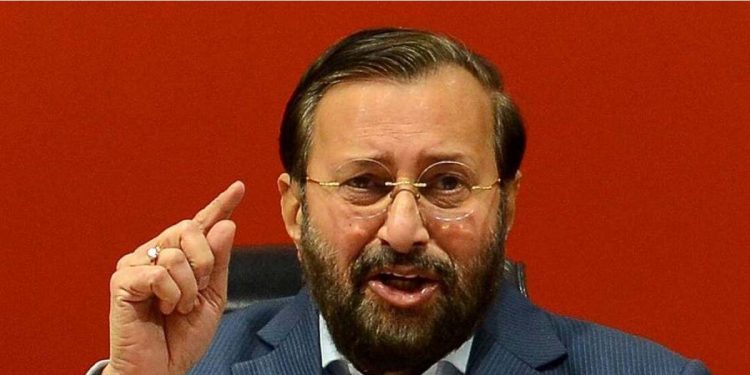 The letter, signed by Ohibait Dkhar and Kwilnis Suchiang, president and environmental secretary of the KSU’s Jaintia Hills district unit, respectively, said the environmental clearance was granted on June 8, 2021 “without any public consultation or public hearing”.

The letter said the Meghalaya State Pollution Control Board (MSPCB) attempted to hold a public hearing/public consultation for the mining project three times but was called off due to stiff opposition from the local population, village authorities, and local NGOs.

The local people, village authorities and NGOs have opposed the project “due to the fact that largescale mining would severely impact the climate and environment” and said the local area has been substantially hampered by the “widespread mining and industrialization” in the said area.

“The residents of Elaka Narpuh along with various NGOs have firmly rejected the Star Cement public hearing not once, but three times consecutively, on the grounds that it will harm the environment, animals, and the human race, in reality polluting the already polluted environment of Elaka Narpuh,” the letter said.

“We highly object the district administration for providing a leeway to the company through Para 7 (i) Stage (3) – Public Consultation, Clause (v) of the Notification, 2006, as there is a clear refusal from the majority of stakeholders to not allow the aforementioned industry to contaminate the Elaka Narpuh ecosystem, the Narpuh Wildlife Sanctuary and its surroundings,” the students’ body wrote.

Stating that they object the clearance as there was no public notice issued by the district administration of East Jaintia Hills district for the written consultation, the students’ body said “we also demand an immediate action into this matter”.

The students’ body said they were “surprised to see the 280 names in the support written statement which is in favour of supporting the M/s Star Cement Meghalaya Ltd along with some unknown NGO on the list without any proper names or details of their President/Secretary”.

The student body said the “existence” of the names in support of the project is “highly questionable and this is clearly an attempt to forestall the majority stake holders to be informed about the public consultation process”.

In support of its stand against the environmental clearance for limestone & shale mining by Star Cement in Brishyrnot, the Jaintia Hills District KSU in its letter has mentioned the following reasons:

“If the aforementioned company begins its mining project, it will drastically impact on at least 15 villages in the surrounding areas, either directly or indirectly and the collateral damage of rehabilitation and people’s livelihood will occur at a massive scale,” it said.

“Despite the massive protests from the majority of the local population and NGOs, the district administration and the state pollution control board have made several rounds of attempts to hold a public hearing,” the letter said.

“In fact, the most recent public hearing was held at the district headquarter, which is 25 kilometres away from the mining lease area, and this clearly demonstrate the hidden objectives of the East Jaintia Hills district administration and the State Pollution Control Board’s intention,” it said.

The mining will be a threat to the ecosystem, to the lives and habitat of its famous flora and fauna, to the homes of our State Animal, the Clouded Leopard (endangered species), Great Pied Hornbill (nearly threatened), Indian Rock Python (nearly threatened), Himalayan Serow (vulnerable), Leopard Cat, Pangolin, Sloth Bear (vulnerable), Slow Loris, Western Hoolock Gibbon (endangered) and Assam Bamboo partridge, it said.

“The Elaka Narpuh and Narpuh Wildlife Sanctuary are home to a diverse range of vegetation, birds, reptiles and other animals, water bodies that collect rainwater and recharge the water table for many adjacent portions of the village.”

“Thus, providing clearance to such a large scale mining activities will be detrimental and can further pollute the groundwater and drinking water that is available in the said area,” the students’ body asserted in the letter.

The Um-Lunar river, Umso Nallah and Lukha river (located only 1.3 km in south-east direction from the mine lease area) are the three rivers most likely to be polluted if mining begins, particularly the Lukha river, the letter said.

It said Lukha river is “already polluted due to high acidity in the river (which has resulted in turning blue colour because of the chemical effluent and the death of thousands of fish in the river)”.

Northeast Now has already published a number of reports on the condition of Lukha river.

The waste that will be generated during the mining operation will surely have a significant impact on contaminating the environment and all local rivers.

“It will increase air pollution in the area, and if the waste is exposed to the three rivers mentioned above, it will harm the rivers which is the main source of livelihood of the people,” it said.

“Therefore, we vehemently oppose and strongly condemn the recently granted environmental clearance and we urge your esteemed office to intervene and revoke the Environmental Clearance given to M/s Star Cement Meghalaya Limited in the interest of the livelihood and betterment of our people and the environment,” the students’ body said in its letter to Javadekar.