Meghalaya’s influential Khasi Students Union (KSU) which started their drive to detect illegal immigrants along the National Highway connecting Lower Assam and Barak Valley of Assam claimed to have apprehended over 1000 immigrants in just one day.

They have set up infiltration check gates in various check points at Ri bhoi, East Jaintia Hills and West Khasi Hills.  Trucks were apprehended from these places and hundreds of outsiders were held at these check points.

Khasi Students Union president, Lambokstarwell Marngar on Tuesday said that the Union has set up check points in three districts of the state bordering Assam to prevent illegal migration especially after the names of over 40 lakh people were excluded from the draft NRC in Assam.

The draft NRC was published in Assam on Monday. 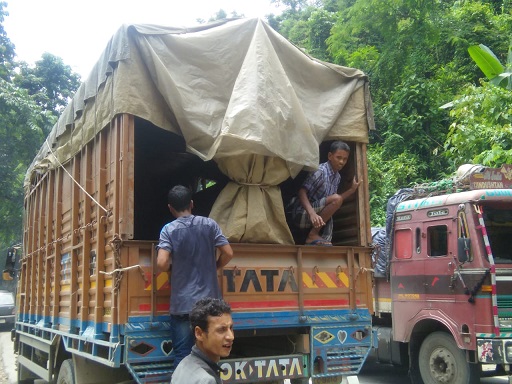 “At Ratacherra our members detected over 1000 persons who were ferried by not less than 30 trucks. All of them did not possess any document and they were all planning to migrate to Meghalaya,” Marngar said.

Marngar said that at 20th Miles in Ri-Bhoi district, KSU members also erected a check point and managed to detect over 100 persons who were planning to migrate to Meghalaya.

“We are yet to get any report from our members who were manning the check point at Athiabari due to poor network there,” Marngar said. 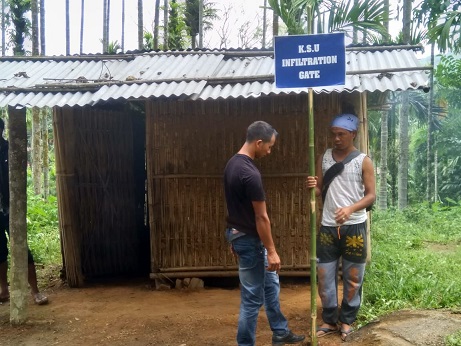 The KSU president said that the Union decided to carry out this checking as part of the measures to check illegal migration because infiltration check gates set up by the Meghalaya police were not functioning properly.

“Our initiative is also to put pressure on the Meghalaya government to take steps to put in place strong mechanisms to check influx, especially to speed up the setting up of entry and exit points in various parts of the state,” Marngar said.

Marngar informed that all the detected persons were sent back, and did not allow them to proceed further to Meghalaya.

Marngar said that the state police tried to intervene on seeing the check points put up by the KSU, but the checking continued till 4 pm, after which, the SP of East Jaiñtia Hills agreed to convene a meeting to discuss the issue along with members of the Union on Wednesday.

“In Ri-Bhoi district, police did also ask our members not to put up the check points and after a discussion with some police officials, they assured that police would do intensive checking at the Byrnihat infiltration check point. They also invite our members to be present at the check point,” Marngar said. 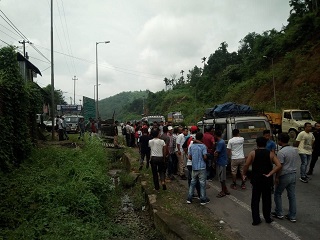 KSU called on the traditional bodies and village elders to detect and report any spill-over incidents. KSU president L Marngar said, “Those rejected from Assam will certainly now use Meghalaya as a refuge. Unlike Nagaland and Arunachal Pradesh, who have the Inner Line Permit (ILP) provisions, Meghalaya does not have such facilities to detect influx.”

The Meghalaya government held a high-level meeting to take stock of the situation along its border with Assam, officials said. The deputy commissioners and superintendents of police were asked to keep a close watch on the development in close coordination with their counterparts in Assam, state additional chief secretary (home) Peter Ingty said. The meeting was chaired by Chief Secretary Y Tsering and attended by Ingty, home commissioner S Kharlyngdoh and Director General of Police (DGP) Swaraj Bir Singh, the officials said.

Ingty said there was no untoward incident reported so far, and the state government had taken precautionary measures to prevent any breakdown of law and order, especially in the districts bordering Assam. “We are undertaking a tight vigil and action will be taken against any trouble-monger or alleged infiltrators,” the DGP said.

The Garo Hills are on high alert as there are apprehensions that many of those whose names do not figure in the final draft NRC may use the plains there to enter Mizoram, a senior official from the Garo Hills division said.