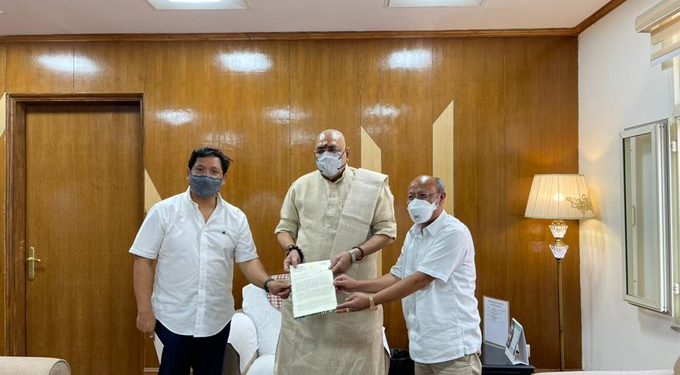 Meghalaya chief minister on Monday submitted a proposal to Union animal husbandry and fisheries minister Giriraj Singh for setting up of a cattle feed mill in the state.

Sangma, who is on a visit to New Delhi, also held discussion with Singh on promotion of animal husbandry and fisheries in Meghalaya.

He also sought the support of the Centre for conservation activities of exotic fish in the northeastern region.

He also met Union labour minister Santosh Gangwar in the national capital on Monday and submitted a proposal for setting up of Employees’ State Insurance medical facilities in the state.

Had elaborate discussions with Union Minister Sh. @girirajsinghbjp Ji on promotion of animal husbandry & fisheries in the State. Submitted proposals for establishment of Cattle Feed Mill for entire NE & support for conservation of exotic variety of fishes in fish sanctuaries. pic.twitter.com/Jd26teqE57

Called on Hon'ble Union Labour Minister, Sh. @santoshgangwar Ji to urge him to consider the proposal for setting up of ESI medical facilities in the State.@LabourMinistry pic.twitter.com/h69JVdmfZ3