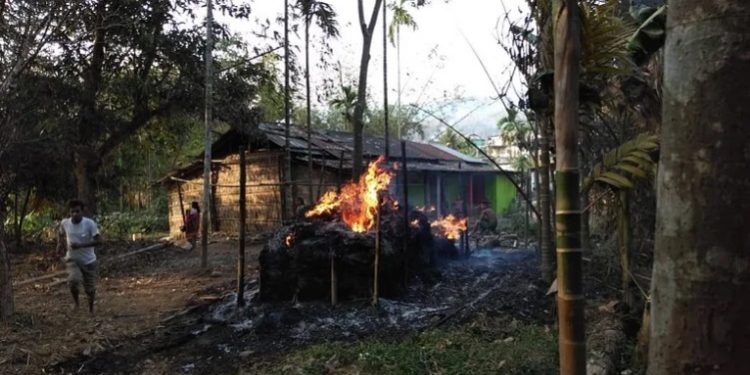 Meghalaya chief minister Conrad K Sangma is in touch with the Union home ministry, PMO on law and order situation of the state.

The chief minister said as the Central Armed Police Force (CAPF) are being deployed in Shillong city and Sohra area to contain violence in the state, he is also in touch with the Ministry of home affairs and Prime Minister’s Office (PMO) on the prevailing law and order problem.

The death toll in the clashes between tribal and non-tribal groups in the state rose to three on Sunday after a 37-year-old man was killed by three unidentified people at his house in East Khasi Hills district.

The clashes had broken out between KSU members and non-tribals during a rally organised against the Citizenship (Amendment) Act (CAA) and to demand implementation of the Inner Line Permit (ILP), at Ichamati under Shella police station in East Khasi Hills on Friday.

Eight people have been arrested and a magisterial inquiry has been instituted to probe into the incident.

Conrad said that the MHA has responded quickly to send manpower to the state immediately.

“We are waiting for two more companies to come and as per requirements, the Central government has informed us that they will be sending more if necessary. I am in touch with MHA and PMO on this matter on a daily basis,” he added.

Stating that all precautionary measures are in place to bring the law and order situation under control, the Chief Minister appealed to all stakeholders and citizens to refrain from any kind of violence so that peace and normalcy can return.

He said that the state government has taken all possible measures and at the same time communicating with different stakeholders and appealing for peace in the state.