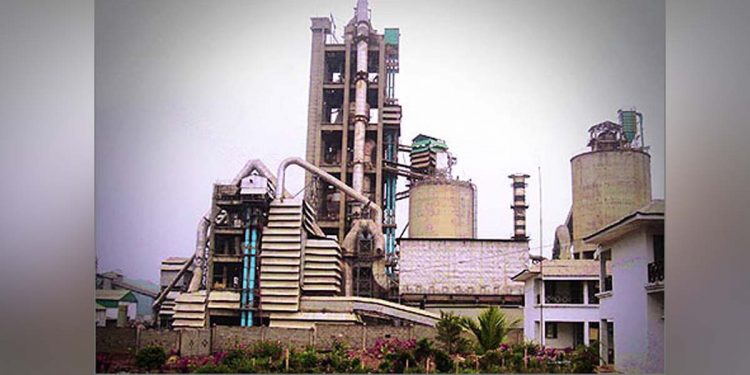 Environmental scientists in Meghalaya have found large-scale limestone mining by cement companies has caused adverse effects on the environment and ecological disturbance in East Jaintia hills district of Meghalaya.

Dr. R. Eugene Lamare teaches at the Martin Luther Christian University, while Prof. O.P. Singh is from the Department of Environmental Studies, NEHU.

The environment scientists reported that soil quality degraded in the limestone mining areas with respect to most of the parameters.

The study was conducted in an area between Nongsning and Lumshnong, where there are more than eight cement plants in East Jaintia hills district.

Large-scale mining activities resulted in depletion of biodiversity, loss of top soil, silting of streams, disturbance of landscape due to dumping of overburden and waste tailing, blockade, diversion and disappearance of streams.

It also caused unstable geological setup due to frequent blasting, sprawl of waste land, fragmentation of habitat and noise pollution caused by drilling and blasting. The top fertile soil of the area has also been affected.

The scientists found that there has been ‘remarkable decrease’ in moisture content, water holding capacity, organic carbon and total nitrogen content in soil samples analyzed from the limestone mining areas of East Jaintia hills district, the two scientists found.

Electrical conductivity and bulk density of soil in the limestone mining areas have also increased in the mining area, the research paper reported, adding that changes in the values of Phosphorus and Potassium were not so prominent.

The soil moisture content at sampling sites was found to be 6.24 per cent, while it was as high as 26.40 per cent in un-mined areas, the research paper reported.

It was reported that absence of vegetation cover and dumping of spoils during the process of limestone extraction was the main cause for the ‘remarkable decrease’ in the moisture content of soil in the limestone mining areas of East Jaintia hills district of Meghalaya.

As Organic Carbon is a vital parameter essential for determination of soil productivity and fertility, the scientists found that soil samples collected from limestone mining areas had very low level of Organic Carbon.

“It is unfortunate that there has been a continuous process of degradation in East Jaintia hills district of Meghalaya because of limestone mining,” Dr. Lamare told Northeast Now on Wednesday evening.

Dr. Lamare did extensive research in the limestone mining areas of East Jaintia hills, and has published half-a-dozen research papers in some of the finest scientific journals.

The study reported that Total Kjeldahl Nitrogen (TKN) was relatively higher in soil samples at the un-mined site when compared to the limestone mining area.

TKN is the total concentration of Organic Nitrogen and Ammonia, and Nitrogen is one of the vital macronutrients in soil essential for the proper growth of plants.

In addition to causing adverse effects on the environment and ecological disturbance in East Jaintia hills of Meghalaya, aggressive limestone mining by the cement companies are also being blamed for destruction of natural caves in the area.

Brian Dermot Kharpran, founder-secretary of the Meghalaya Adventurers Association (MAA) had alleged that four beautiful caves have been totally destroyed because of ‘destructive’ limestone mining by the cement companies.

Kharpran, who has been responsible for bringing to light the richness of Meghalaya’s caves, said the four caves — Krem Malo, Krem Umkseh, Krem Umkhang-Kharasniang and Krem Umlawan, are now totally destroyed.

It was reported that ‘untreated effluent’ released by the factories of Topcem Cement and Star Cement is responsible for river Lukha turning ‘deep blue’ during the winter months.

Members of Narpuh unit of the Khasi Students Union (KSU) and the Environment Committee of Meghalaya legislative Assembly have also demanded for an immediate scientific study on the changing colour of river Lukha.

The CAG had caught Meghalaya cement companies, including Topcem Cement, Star Cement and few others of illegally extracting 17.64 lakh MT of limestone without any approval.

The National Green Tribunal had also slapped penalties on the cement companies for illegally buying coal from the local mine owners amid total ban on coal mining.