Petrol, diesel prices slashed by more than Rs 7 in Meghalaya 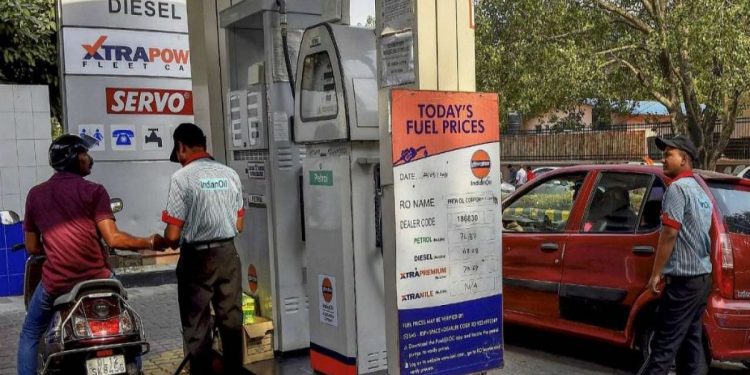 The Meghalaya government on Tuesday reduced the price of petrol by an additional Rs 5.4 in the State.

This comes as a relief for people who have been affected by the high fuel prices.

The new prices will come to effect from Tuesday.

In addition to the previous rebate of Rs. 2 per litre, Government has decided to reduce the petrol price further by Rs.5.4 per litre and diesel by Rs. 5.1 per litre to offer relief to consumers of #Meghalaya with slight variations in other Districts.

This decision was taken in a meeting chaired by Chief Minister Conrad Sangma on Tuesday following an ongoing strike by the owners and drivers of commercial vehicles.

CM Conrad Sangma said that that the government has been collecting tax from petrol and diesel which has helped in generating revenue for the state.

After the reduction petrol price in the state capital stood at Rs 85.86 per litre and diesel price at Rs 79.13 per litre.

On the other hand, petrol and diesel prices in Ri-Bhoi district were Rs 89.81 per litre and Rs 83.10 per litre on Monday.

The Meghalaya had recently reduced the prices of diesel and petrol by Rs 2 per litre each.