Efforts are being put in to ascertain the owners and drivers of the vehicles: AIGP Iangrai 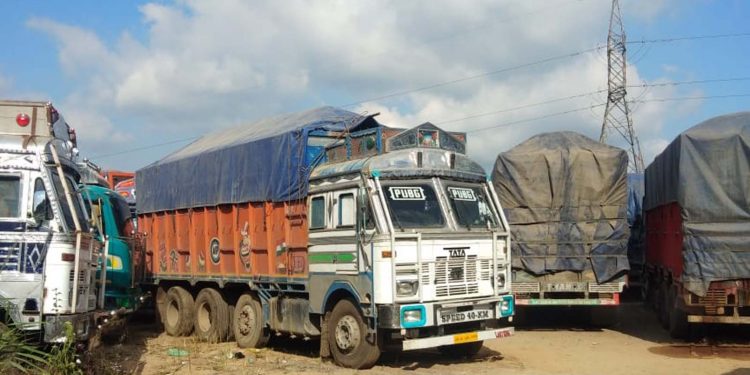 At least 95 unclaimed coal-laden trucks were seized by a joint team of the district administration and the district police of East Jaiñtia Hills following raids conducted in the past one week.

Seven separate cases have been registered as per provisions of the Indian Penal Code (IPC), Mines and Minerals (Development and Regulation) and other relevant laws.

Raids were conducted throughout the week at various places which led to the seizure of 95 coal-laden trucks.

“Efforts are being put in to ascertain the owners and drivers of the vehicles and owners of the loaded coal,” Iangrai said.

The opposition Congress had earlier alleged illegal transportation of coal in the state.

According to reports, the coal auction policy in the state will be finalised on November 21.

This was decided in a meeting held on Thursday under the chairmanship by the National Green Tribunal (NGT) panel headed by retired judge BP Katakey along with officials of Coal India Limited (CIL) and the state government.

After the meeting Katakey reportedly said during the meeting, the draft coal policy was discussed by the committee.

Katakey said he had made some certain suggestions to be incorporated by the Meghalaya government.

CIL general manager and in-charge of Northeast JK Borah informed that the next meeting regarding the coal auction policy would be held on Wednesday (November 21) for finalization of the policy.

A media report quoted Borah as saying, “We hope that the NGT committee will be able to finalise the coal auction policy in the November 21 meeting.”