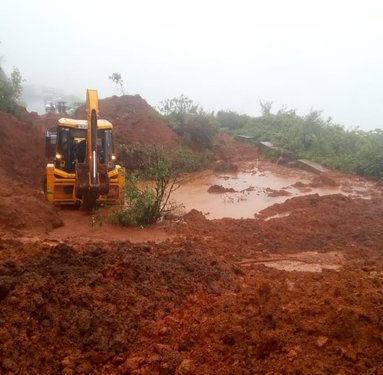 Meghalaya has been experiencing heavy landslide in between Laitlyngkot and Pomlum along National Highway 40 since Friday.

This was stated by Meghalaya Police through its official Twitter handle on Saturday morning.

Heavy landslide in between Laitlyngkot and Pomlum on NH 40 has been reported. Clearing works is in full swing since early morning.

Emergency vehicles have been asked to take alternative route.’

The landslides have been triggered by incessant rain in the State over the last couple of days.