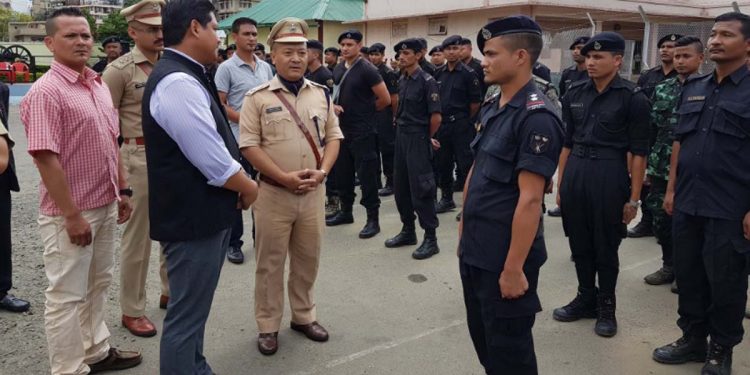 Meghalaya Police have detained a total 11 people on charges of being involved in an incident of assault at Lawsohtun in Shillong in which 6 youths were severely injured.

“However, at around 12:30 pm around 20-25 unidentified boys, who had already gathered at the basketball court, started assaulting these youths with iron rods and sticks, resulting in sustaining of injuries by Arindam Deb, Subharshi Das Purkayastha, SaptarshiDas Purkayastha, Binak Deb, Bishal Ghosh, and Prittish Deb,” police said.

A police team on receiving the information immediately rushed to the place of occurrence and on reaching the Sericulture Office, they saw two youths, namely Bishal Ghosh and Saptarshi Das Purkayastha, who had managed to escape from the basketball court.

“The police team on seeing the condition of both these youth immediately rushed them to Woodland Hospital for medical assistance and the other four victims were also taken to the same hospital for medical treatment,” GK. langrai, Assistant Inspector General of Police (A) said.

Statements of the victims as well as the bystanders have been recorded and further investigation of the case is in progress, he further informed.

Meghalaya Police have appealed to all the witnesses to come forward to ascertain the facts and circumstances of the case and help the investigation team in identifying the perpetrators of the crime.

“The identity of those who are willing to help the police team will be kept as confidential and will not be disclosed,” the top police official said.

Meghalaya Police issued a stern warning to the individuals who incite or breach communal peace and harmony, and said “stringent action as per relevant provisions of law will be taken against them”.