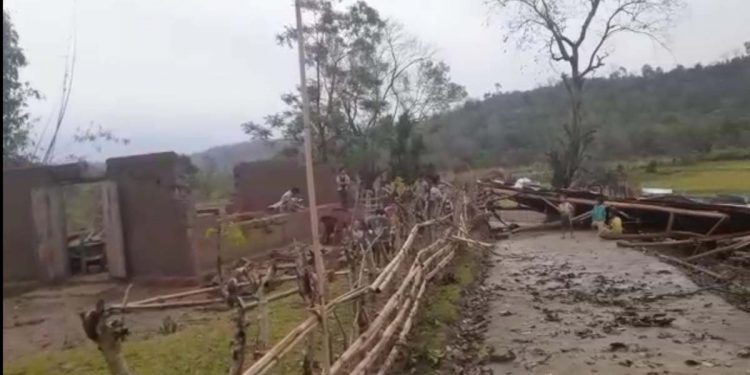 In Garo Hills, it was reported that houses with tin roofs and huts have been destroyed by the storm.

The massive storm was followed by rainfall.

The storm occurred after heavy rains and hailstones affected crops in agricultural fields including that of growing potatoes.

Strong wind is experienced every year in the spring season.

Several properties were damaged by heavy thunderstorms and wind.

According to the Gambegre MLA, Saleng A Sangma, a heavy storm occurred on Thursday night at Bagugre under Dalu Block.

He said surrounding villages like Norangre, Nabanda, and others were affected by the storm. 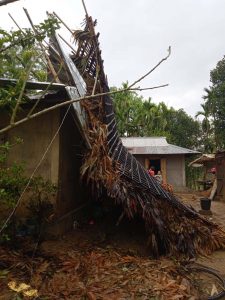 It also said “at many places over Arunachal Pradesh with isolated heavy falls over Meghalaya and Tripura during last 24 hrs”.

As per the report, moderate rain/thundershowers is very likely to occur at many Arunachal Pradesh and at most places over Assam, Meghalaya, Nagaland, Manipur, Mizoram & Tripura in the next 24 hours.