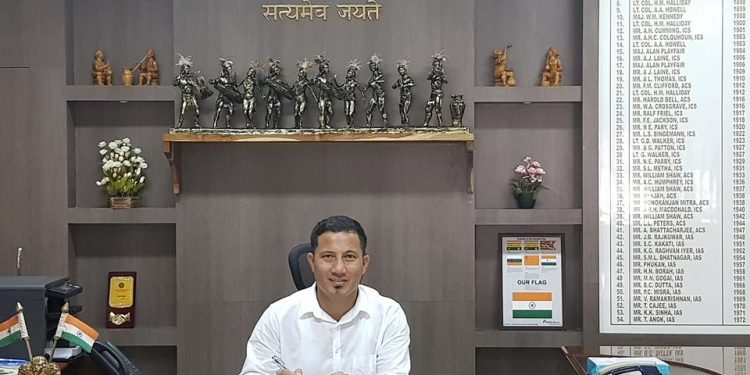 Meghalaya’s West Garo Hills deputy commissioner Ram Singh on Tuesday wrote to the principal secretary of the State seeking an examination centre in Tura to help the aspirants of central government jobs in giving their examinations in their hometown itself without facing any difficulties.

In the letter addressed to the principal secretary of the Labour Department, Singh stated that a large number of aspirants from Garo Hills had been applying online for positions advertised by the central government through UPSC, SSC and PSUs.

He further stated that Guwahati and Shillong being the only two examination centres notified, people from Garo Hills have to face difficulties in travelling to the respective destinations and in getting accommodation during the time of examinations.

The deputy commissioner also added that most of the aspirants who hails from remote areas and have poor financial backgrounds cannot attend the competitive examinations.

He also mentioned in the letter that the local aspirants of the town will be greatly benefitted and encouraged to appear for the competitive examinations if it is held there.

Stating that the earlier recruitment process of the Army was held only in Shillong, Singh mentioned that on the insistence of the state government, the same recruitment was now taking place in Tura as well.

He claimed that Garos despite being a major tribe, had very little job representation at the Centre.

He requested the principal secretary to take up the matter of setting up an examination centre in Tura with the Centre.