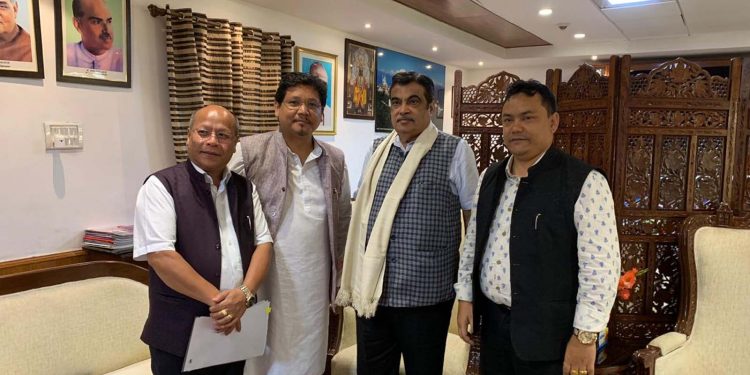 The Meghalaya government has urged the Centre to declare eight State highways in the State as new National Highways.

During the meeting, they apprised Gadkari to consider declaring some important State highways as new National Highway, which include Umtyngar-Sohra-Mawlong-Ichamati-Bholaganj (76.50 km) and Nidanpur-Tikrikilla- Medhipara-Rongsai-Bajengdoba-Resubelpara-Damra (120 km).

The two other State highways which the Meghalaya government wanted to be declared as NHs are Jowai-Nartiang-Kdiap-Khanduli road (60 km) and Tura-Dalu road- Chokpot to Sibbari (63 km).

During the meeting, the Meghalaya delegation also urged the Union Minister to release funds under CRF.

Gadkari assured of considering the proposal of the State government.

The Union Minister also suggested the Meghalaya government to initiate measures to submit proposal to start vehicle fitness centre as well as two driving schools in the backward region of the State.