The manufacturing unit funded by the Central Government is located in South West Garo hills district covering an area of 45,000 square feet 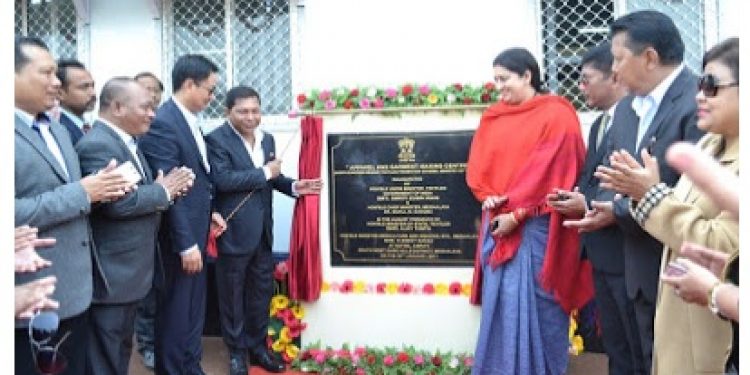 An apparel and garments manufacturing unit in Meghalaya has started production which will cater to the demands from across the country as well as neighbouring Bangladesh.

The manufacturing unit funded by the Central Government is located in South West Garo hills district covering an area of 45,000 square feet.

According to a release issued to the media in Saturday, the manufacturing unit was set up at a cost of Rs 14.26 crore, funded by the Ministry of Textiles under the central government’s North East Region Textiles Promotion Scheme (NERTPS).

The unit has three production lines, two of them housing 105 sewing machines each, and the third one with 70 machines, the release stated.

They are equipped with facilities for designing, hank dyeing, warping, jacquard weaving, fabric finishing and sewing which make it sustainable in long run, the statement added.

The unit has been made operational by the School of Livelihood & Rural Development (SLRD), an autonomous institution working with the Government of India and various state governments.

The factory will cater to the demands of the domestic market as well as the demand of neighbouring country of Bangladesh, the release added.

The release further stated that around 300 youths will get direct employment initially and the number is expected to grow to 2,000 artisans by the time production goes to optimum capacity.