8 Congress MLAs are in touch but they have now no numbers to join the BJP to avoid disqualification: A.L. Hek 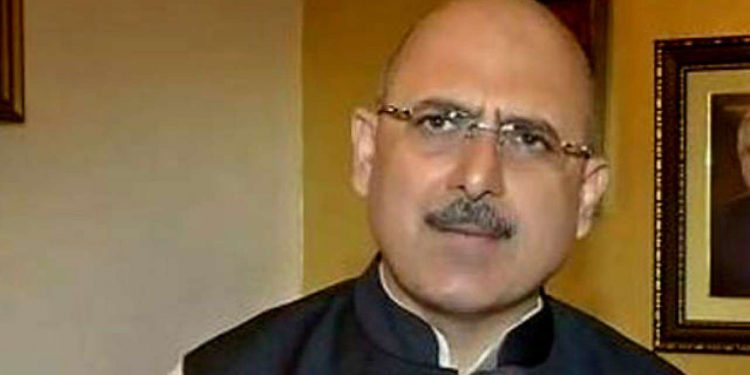 BJP’s Meghalaya in-charge Nalin Kohli said the joining of MDCs to BJP from parties that are part of the coalition Meghalaya Democratic Alliance (MDA) government in the State would not have any conflict.

Kohli said not a single Congress MLA is in touch with him.

But when asked if the BJP would first start grabbing power in the JHADC and then in the state, Kohli said, “If we have the numbers then certainly, that is a logical expectation. But it’s all a matter of numbers in democracy.”

Kohli said the four members of the JHADC were welcomed into the BJP fold to continue the agenda of Prime Minister Narendra Modi’s ‘Sabka Sath Sabka Vikas aur ab Sabka Vishwas’ (development for all, carrying everyone along and winning everyone’s heart).

Asked about four Congress MDCs not joining the BJP, Nalin said, “This is not the end. As and when people join with their free will, they will be welcomed to the party.”

To a question whether Congress MLAs in Meghalaya have expressed their willingness to join the BJP, Kohli said not even one Congress MLA is in touch with him.

“With regard to the Congress MLAs, no one has come and met me or spoken to me. It may be possible that there are people who expressed their desire to join the BJP, but they have not got in touch with us.”

“But the BJP’s doors are open for anyone who keeps the national resolve of development and wants to strengthen this positive agenda,” Kohli said.

However BJP legislator and minister A.L. Hek claimed he was in touch with eight Congress MLAs, but they have now no numbers to join the BJP to avoid disqualification.

“Once they have the number, they will join the BJP,” Hek asserted.

Kohli also said no conflict would arise because of the joining of the MDCs from the UDP or from other parties that are part of the coalition government in State.

“Every political party is entitled to function for its expansion and we all do that. Just because we are in the coalition government, it does not mean that the NPP, UDP or other parties does not do their own party work.”

“This is the right that exists with a person who wishes to join and not a scenario where you can forcibly hold somebody or prevent somebody from joining,” he added.

When it comes to working in the government, Kohli said, “There is a common agenda that we work on. The party has its own activity and I see no conflict in that.”

On reports that some MDCs in the Garo Hills Autonomous District (GHADC) would also join the BJP, Kohli said no final decision has been taken yet on members from the GHADC joining BJP.