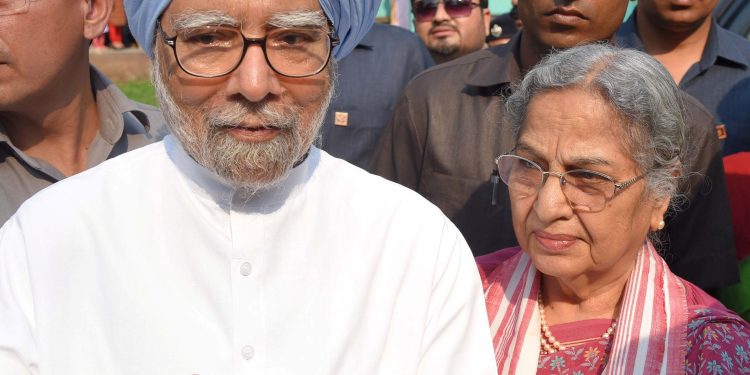 Former Prime Minister Manmohan Singh may not get a re-nomination to Rajya Sabha from Assam this time.

The terms of two Rajya Sabha MPs from Assam – Manmohan Singh and Santius Kujur – will end on June 14.

With the three-phased Lok Sabha elections over now in Assam, the political parties in the state are seen concentrating for the forthcoming election to the two seats of Rajya Sabha which will fall vacant next month.

“Nothing has been decided yet. But we do not have the required number in the Assembly to ensure victory of our candidate in the Rajya Sabha polls. However, we are working on it but it is unlikely that we will put up a candidate for the forthcoming Rajya Sabha polls in Assam this time,” said a senior Congress leader.

It may be mentioned here that a candidate will require at least 43 first preference votes to win a Rajya Sabha seat.

While the ruling BJP has 61 legislators in the 126-member Assam Legislative Assembly, its allies Asom Gana Parishad (AGP) and Bodoland People’s Front (BPF) have 14 and 12 members in the House respectively.

The BJP-led alliance also has the support of lone independent legislator.

The opposition Congress, on the other hand, has only 25 legislators in the House followed by 13 legislators of the All India United Democratic Front (AIUDF).

“This time, it will not be possible for us to ensure victory even if we put up a candidate. So maximum possibilities are that we are going to refrain from putting up a candidate in the Rajya Sabha polls,” said the senior Congress leader.

It may be mentioned that Dr. Singh has been representing Assam in the Upper House since 1991.

On May 30, 2013 Singh got elected to the Rajya Sabha for the fifth straight term.

Saikia also made him a tenant in his house located at Sarumotoria locality in Guwahati.

According to the electoral rolls, the address of the former Prime Minister is House No. 3989, Sarumotoria, Guwahati, Assam.