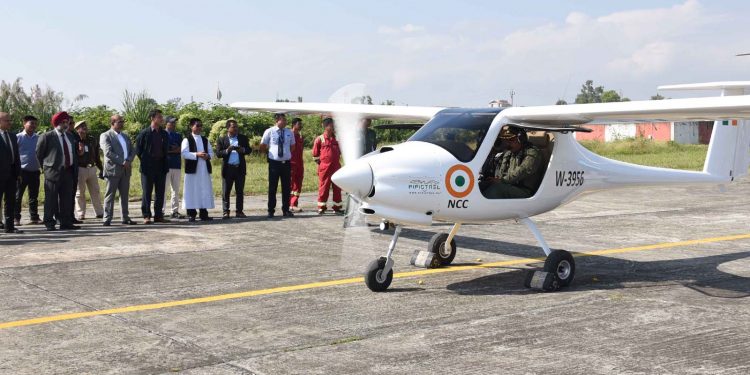 Manipur has become the third state in the Northeast to have inducted such light weight aircraft after Nagaland (Dimapur) and Assam (Guwahati).

The light weight aircraft can remain in the sky for three-and-half hours at a speed of 240 km per hour.

“From now on, 8 cadets per day will be able to have first-hand flying experiences,” said sources.

The induction ceremony was held at Bir Tikendrajit International Airport in presence of Manipur chief minister N Biren Singh as the chief guest.

He thanked the NCC for taking such initiative for the NCC cadets of the state.

Emphasising on various initiatives and programmes of the NCC, the CM said the NCC inculcates the values of discipline, punctuality, correct work ethos and self confidence among the young children of the state.

“Such values will help in transforming our children into leaders of the nation tomorrow,” he added.

With the induction, the air wing cadets of Manipur NCC will get to learn and practice the Standing Operating Procedures (SOP), emergency drills and other procedures.

During the day’s induction ceremony, 21-year-old Athipro K Kayina from Mao in Senapati district, a topper in the All India Air Wing Cadet Competitions became the first flying cadet girl from Manipur.

Athipro, who is the senior-most cadet from Manipur, is a student of DM College of Science.