The trade union bodies called shutdown in against central government’s “anti-workers policies” The bandh and shutdowns also affected the normal life in hill areas of the state. 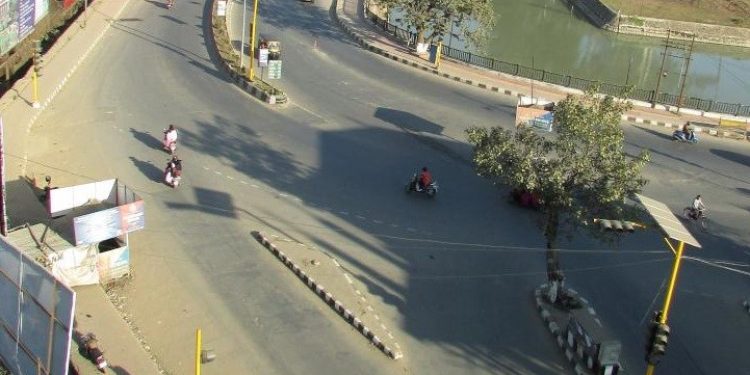 The trade union bodies called shutdown in against central government’s “anti-workers policies” The bandh and shutdowns also affected the normal life in hill areas of the state.

The NESO-called  bandh which was enforced by All Manipur Students’ Union (AMSU) here, passed off peacefully at 4pm. But police picked up around seven volunteers from Khwairamb and Keithel areas in Imphal, according to a functionary of AMSU.

The bandh which started from 5am in the morning was effective in the greater Imphal area. In view of the bandh, the roads in Imphal wore a desolate look from dawn to dusk after transport services remained suspended for the day.

Though the private offices, besides educational institutions, markets, shops and business establishments, remained closed for the day, the offices at state secretariat in Imphal remained open.

The busiest Khwaramband  Keithel in the heart of Imphal town came to a near standstill on Tuesday. Howeve,r there are reports of normal functioning of Imphal International airport near here.

Various workers from different sectors including employees, casual workers, work charge and muster roll staffs besides the daily wage earners joined the shutdown in Manipur, according to chairman L  Sotinkumar of coordinating body of trade unions, Manipur which had been spearheading the shutdown in the state. The campaign for the shutdown was initiated from November 11, 2018 onwards.

The Trade Union shutdown will continue till 6 pm of Wednesday.