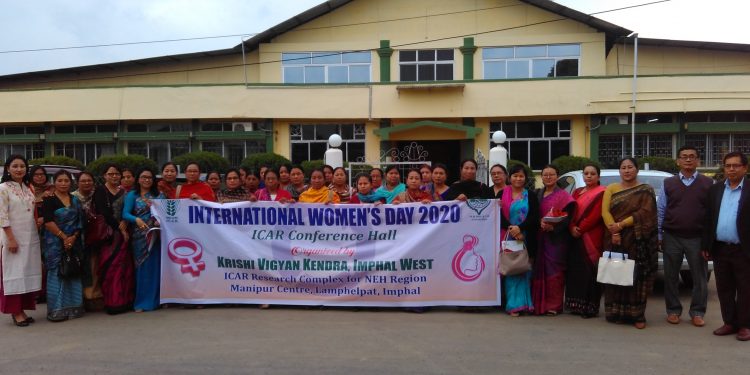 Most of the speakers in the day’s observation highlighted the role of women in shaping the society and lack of addressing the issues and problems faced by the women particularly in Manipur.

In her speech, Adhyaksha R K Taruni expressed her desire to persuade both men and women equally in developing a better society together while joint director Dr Narendra Prakash of ICAR highlighted role of women in nation building.

She also suggested to take enough fibrous food and water for a healthy life.

On the other hand, assistant chief technical officer K Lily Rangnamei of Krishi Vigyan Kendra Imphal West District shared the methodology about setting up of ‘Nutri-Garden’ which is a kind of kitchen garden besides introducing the food values of different plant species suitable for the garden through her presentation, to ensure balance and safe diet.

The IWD was celebrated during International Women’s Year in 1975.

By 1977, the UN and its member states proclaimed March 8 would be an official day for women’s rights and world peace.

Since then it’s now observed all over the world.