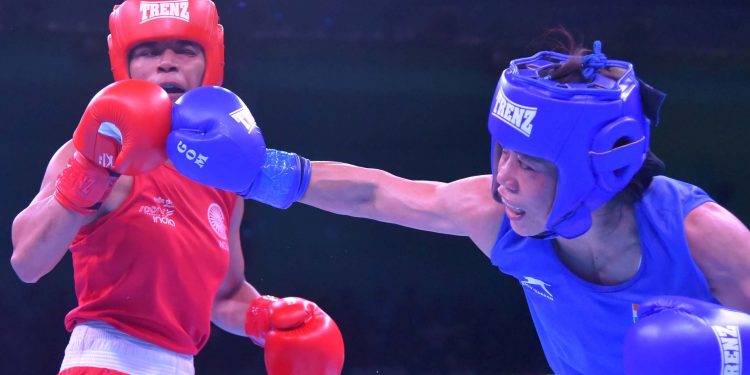 She will now be unanimously representing India at the Tokyo Olympic Qualifiers in Wuhan, China in February next year.

Mary proved her talent with a 9-1 split decision victory against Zareen.

After claiming unanimous victories in their respective trial bouts in New Delhi, the two boxers faced each other in 51 kg category final trial round at the Indira Gandhi International Stadium in New Delhi.

Also read: ‘Who is she?’ Mary Kom questions about Nikhat Zareen

It may be mentioned that Zareen for a long time was demanding a fair run being given to all the boxers so that they all stood a chance of playing at the Tokyo Olympics 2020.

The Boxing Federation of India (BFI) has finally agreed to her requests following which the month long strained battle between Mary Kom and Nikhat Zareen came to an end.