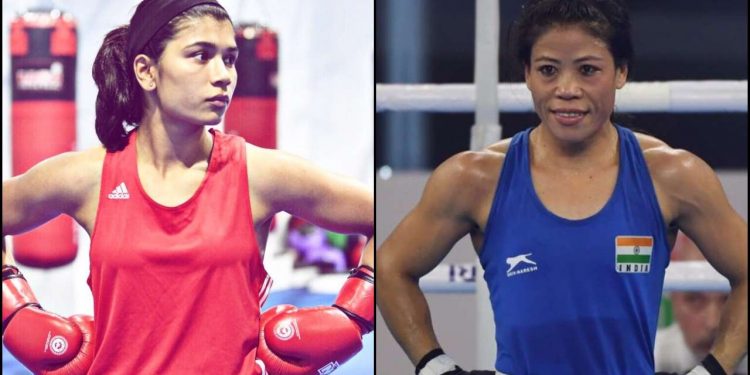 The strained battle between Mary Kom and Nikhat Zareen came to an end after Zareen was called for national trials that would determine the participants for the Olympic qualifiers next year.

It was earlier speculated that Mary Kom would be India’s representative in the women’s 51 kg category in the qualifiers without playing in the trials.

Zareen for a long time was demanding a fair run being given to all the boxers so that they all stood a chance of playing at the Tokyo Olympics 2020.

Also read: ‘Who is she?’ Mary Kom questions about Nikhat Zareen

The Boxing Federation of India (BFI) has finally agreed to her requests by announcing the final squad for the trials that will be held in New Delhi on December 27 and 28.

Zareen was handed the fourth spot in the 51 kg category which already has the six-time World Champion M C Mary Komamong other contenders.

While Mary Kom has been ranked one, Nikhat was given a second ranking.

In 60 kg, L Sarita Devi (AIP) has been pitted against Shashi Chopra (Haryana) and Simranjit Kaur (Punjab) is set to fight Pavitra (RSPB).