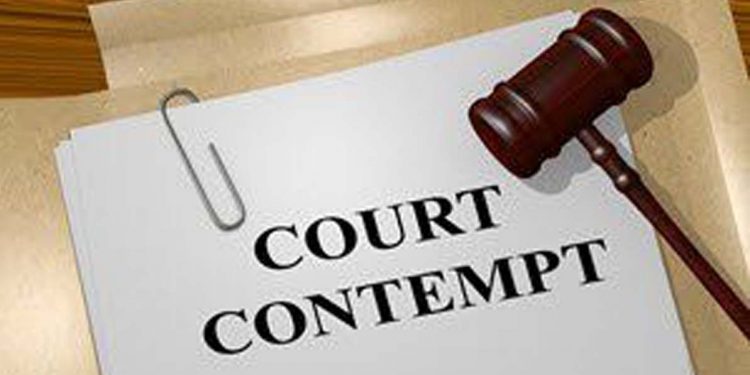 A criminal contempt case has been lodged against the chief editor of a local daily by the deputy inspector general of Manipur Police, Themthing Ngasangva.

According to a media report, the case has been filed against the journalist for publishing an article related to the criminal contempt case filed against lady MPS officer Thounaojam Brinda.

Brinda is facing a contempt case for her “offensive” remarks on Facebook allegedly criticising the judiciary after drug kingpin Lhukhosei Zou was granted bail by the court of Narcotic Drugs and Psychotropic Substances (NDPS) Act.

Friday has been reportedly fixed as the date of hearing for the criminal contempt case against the journalist.

The case will be heard by a division bench of the High Court comprising Justice Lanusungkum Jamir and Justice Kh Nobin.

The media report said Ngasangva filed the criminal contempt case against the chief editor for allegedly publishing an affidavit submitted by Brinda, the then additional SP, NAB, in the High Court on July 13.

Brinda is a Manipur Police Service (MPS) officer and she was awarded by the Federation of Indian Chambers of Commerce & Industry for her outstanding performance in busting several drug rackets in 2018.

She was also honoured with the Gallantry Medal and the Chief Minister’s Commendation Certificate.